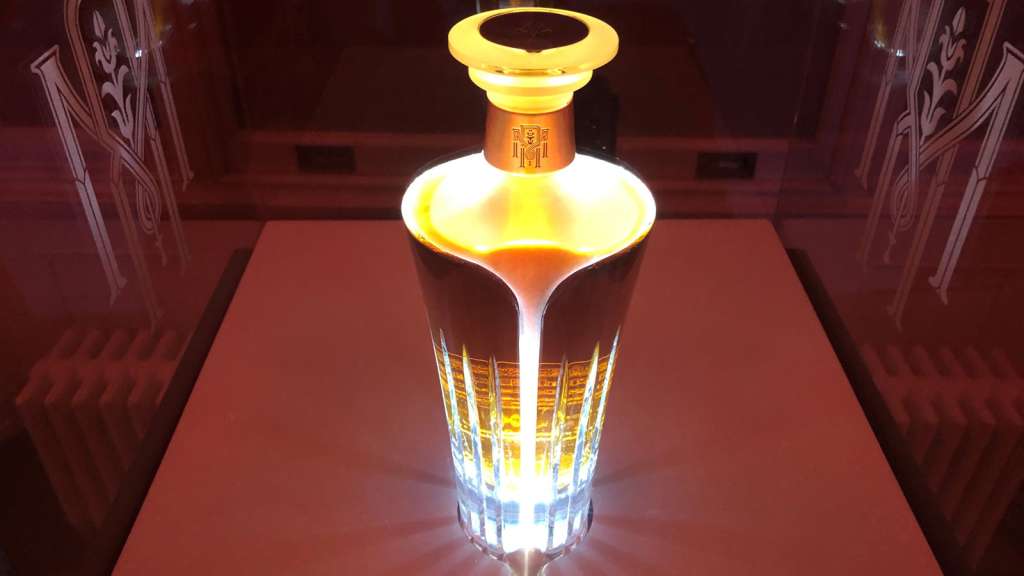 (CNN) — The second batch of Ireland’s oldest ever whiskey collection will be released this May — and a single bottle costs $45,000.

Presented in a hand blown Waterford Crystal decanter and displayed in a wooden cabinet made from reclaimed whiskey vats, there are just 70 bottles of Midleton Very Rare Silent Distillery Collection Chapter Two in the world.

When the Old Midleton Distillery in County Cork closed its doors in 1975, after 150 years in business, several casks of trial whiskey innovations disappeared with it.

They slumbered deep within their barrels for close to half a century — until their resurrection last year.

The first release was a 45-year-old peated single malt, created in 1974 by master distiller emeritus Max Crockett and guarded at the abandoned distillery for four generations since.

CNN Travel has had a taste of both.

Séance with a rare spirit

Single pot still whiskey is a style of Irish whiskey made by a single distillery from a mash of malted and unmalted barley in a pot still.

It began its maturation journey in a selection of sherry and bourbon casks, where it was left undisturbed for 20 years. T

he whiskey was then married and recasked into refill bourbon casks. Years later, it was recasked into port pipes and once again laid down to acquire further depth and complexity.

Finally, it was rested once again in a bourbon cask, until finally being deemed to have reached peak perfection by Midleton’s current master distiller Kevin O’Gorman.

For Chapter One’s launch in February 2020, whiskey enthusiasts gathered from around the world in London’s Old Session House.

Glasses of the amber-hued elixir were distributed around the tables of eagerly waiting diners, before — with a flourish — a switch was flicked so the glasses were lit from below and the whiskey gleamed.

This time around, O’Gorman must guide us virtually on this séance with this most rare of spirits, presenting the tasting by video from Midleton Very Rare’s distillery grounds as we open our samples at home.

Rich mahogany splashes into the glass, then a fruity bouquet hits the nose. Exotic spices, too, and a sweet whirl of caramel, toffee, and fudge.

“I get ripe plum, blackberry, hint of blackcurrant, lots and lots of fruit,” says O’Gorman. “This is mainly driven by the time the whiskey spent in that port pipe, all the way from Portugal.”

The complex aroma is rounded off by a hint of leather and a twist of hazelnut.

Our noses filled, it’s time to part our lips.

“First of all you get those spices, bit of black pepper, then you get the fruit,” says O’Gorman. “Bit of blackcurrant, berries. Hint of anise, touch of ginger, and then that nutty flavor. Toasted oak and a hint of caramel.”

Tasting a fine whiskey is like skimming stones across a lake. The first sip breaks the surface, then the ripples of flavor spread out, but there are unexplored depths still to savor.

We taste it neat first, in order to appreciate the smoothness of the distillate and full flavor contribution at its original strength.

The multi-layered finish rolls on for long moments. The spices wave their goodbyes, then the fruits, until you’re left to savor the toasted oak and barley.

We then add our distilled water, which has been delivered all the way from the Degourney River in Midleton.

“When we add water to whiskey, it just opens up the flavors and aromas,” explains O’Gorman. “In this case, it becomes more fruity, again those toffee fudge notes.”

When a complex, balanced whiskey such as this one sits in the glass and heats up to room temperature, different flavor profiles and taste profiles are revealed on each fresh sip.

The Silent Distillery Collection is described by Midleton Very Rare as “a unicorn whiskey,” part of a series of innovation trials, never to be repeated and — after these few bottles are gone — never to be tasted again.

There will be 70 bottles of this second release for sale in the United States, the UK, France, Ireland and global travel retail.