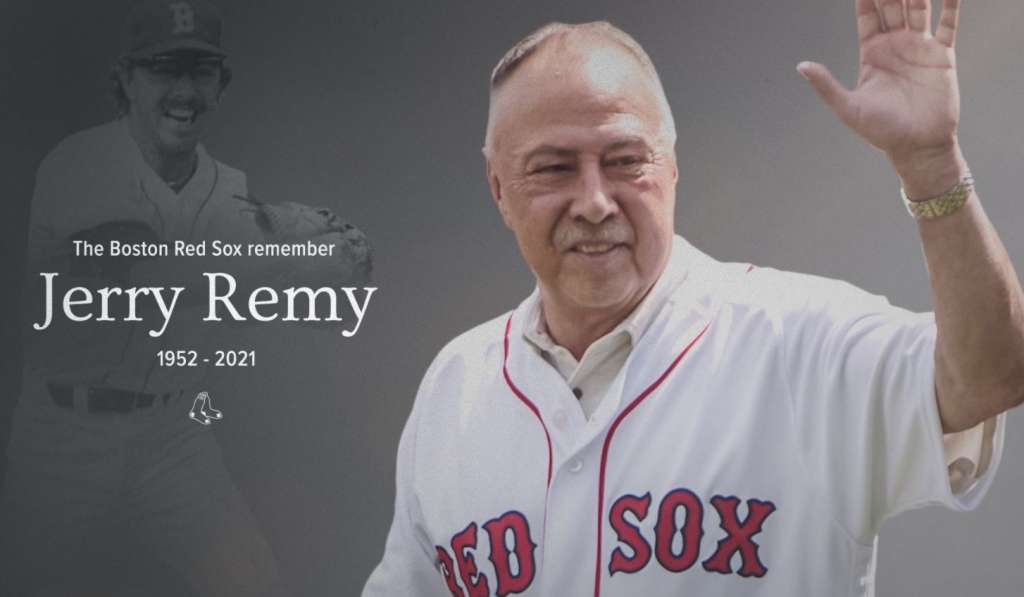 In August, Remy announced he was stepping away from the broadcast booth to undergo treatment.

In a statement shared by NESN, he said, “As I have done before and will continue to do, I will battle this with everything I have.”

The honorary Red Sox Nation president logged more than 40 years of service to the organization, according to an official statement released by the Boston Red Sox on Sunday.

“We are saddened by the loss of a beloved player, broadcaster, and 13-year cancer warrior,” said Principal Owner John Henry. “Jerry’s love and connection to baseball didn’t allow anything to stand between the game and him, including for many years cancer. He devoted his entire career to baseball.”

“Jerry Remy was at the core of what I loved about the Red Sox,” added Red Sox President & CEO Sam Kennedy. “Growing up, I watched him play as a scrappy second baseman, and later listened and laughed with him as an iconic broadcaster.”

Remy, a Massachusetts native, was originally diagnosed with lung cancer in 2008. He has said in the past that baseball always kept him busy as he’s gone through cancer treatments.

“It’s scary. Obviously, the word cancer to me was the scariest word in the dictionary and chemotherapy was always right there next to it,” he said before undergoing treatment back in 2018.

The veteran commentator cemented his place in the hearts of many Bay Staters.

“When you listened to him, it was as if you were having a beer with your best friend, and his insight, humor, and charm lifted your spirits,” said Red Sox Chairman Tom Werner.

“Jerry was so passionate about the Red Sox and even though he had to step away for treatment late in the season, he was with us every step of the way—especially in October,” manager Alex Cora said. “We kept in touch just about every day and encouraged each other to keep fighting. It was great seeing him at Fenway when we started our run; he was a source of inspiration for so many of our players.”

“A fun person to be around and incredible human being just left us. We are going to miss you, brother,” said David Ortiz in a tweet. “Thank you for calling me Big Papi on air—l will never forget that. Miss you already, Rem Dawg.”

“It’s difficult to put into words what Jerry meant to me and our entire organization,” Dustin Pedroia said. I will miss our baseball talks, joking and laughing together, and our friendship. Jerry helped me so much as a young player and I looked up to him. He helped me see the game in different ways. He left his mark on everyone and will be truly missed.”

This is a breaking news story; stay with 7NEWS for updates online and on-air.