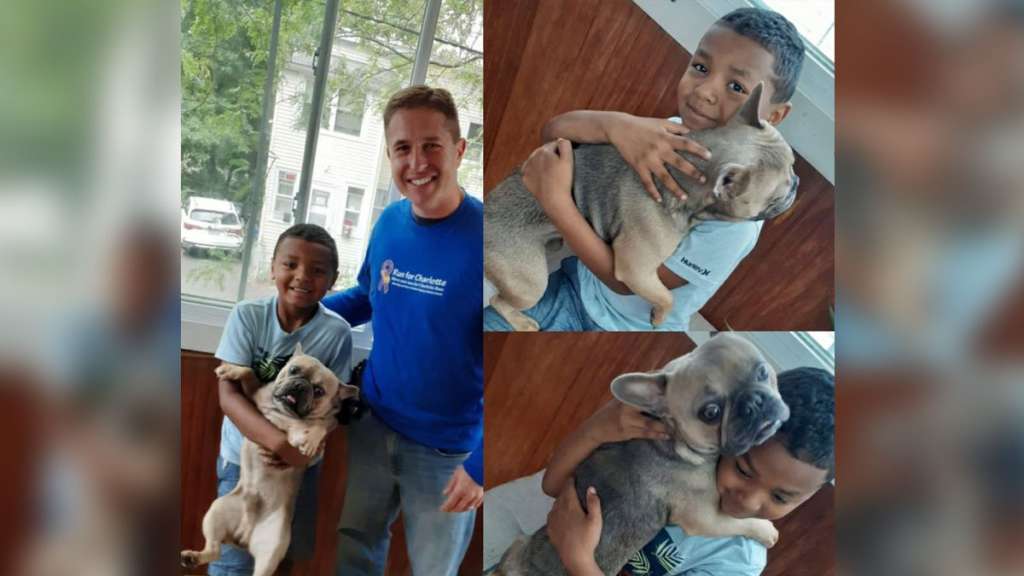 QUINCY, MASS. (WHDH) - The missing dog who ran away from his home in Quincy on Thursday night has been returned to his owners, police announced on Saturday.

Quincy Police Det. Pepdjonovic returned Bruno, a 1-year-old French Bulldog, to his owners on Saturday morning, according to a tweet sent out by the Quincy Police Department.

Bruno had run away from his home near Quincy Ave. around 7:30 p.m. on Thursday, police said.

He was believed to have made his way over to the Kham Man Shopping Center where a woman had reportedly picked him up and bought him a collar at Dollar Tree. Police were originally investigating the dog’s disappearance as a theft.