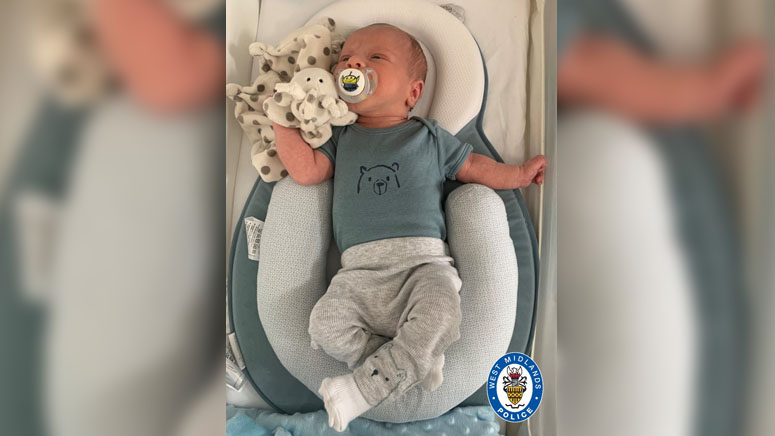 (WHDH) — A family is mourning the loss of their 2-week-old newborn who died after his stroller was struck by a car in Brownhills, England Sunday afternoon.

The family had been pushing Ciaran Leigh Morris along the pavement on High Street around 4 p.m. when a BMW hit his stroller after possibly being involved in a collision with another car, according to West Midlands police.

Ciaran was taken to the hospital, where he was pronounced dead.

A relative suffered a shoulder injury but no other injuries were reported.

Ciaran’s parents released a tribute to their son that read, “Mommy’s and Daddy’s hearts will always ache, we love you more than anything. We didn’t get to keep you for long but we are happy we had the chance to meet you, look after you and call you our son. Fly high angel.”

West Midlands Police Sgt. Mark Crozier also said, “We’ve all been left numb by the sad death of Ciaran. He was just two-weeks-old and his life has been tragically taken away. To see the loss of someone so young is difficult for us as officers, but we know the pain is even greater for Ciaran’s family.”

The driver left the scene but James Paul Davis, 34, of Walsall, was soon arrested in Bloxwich, police said.