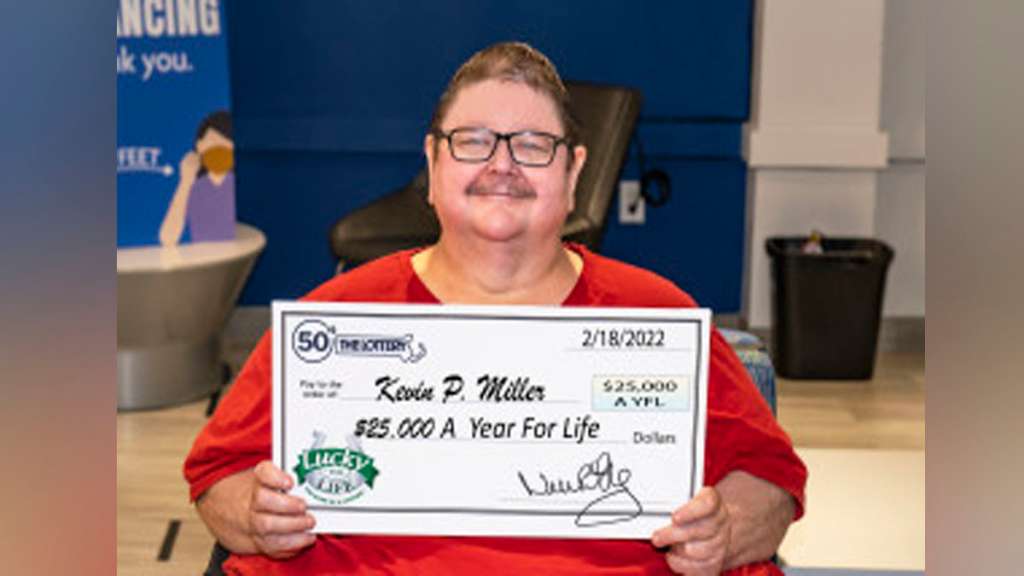 MONTAGUE, MASS. (WHDH) - Kevin Miller of Montague, Massachusetts won the Massachusetts State Lottery’s “Lucky for Life” game earlier this year. Not that he needed to be told. The fact that it was his second lottery win at the same location in six years was probably enough.

After the first five numbers on his Quic Pic ticket matched those selected in the February 18 drawing, Miller took home a $25,000 a year for life prize.

Both winning tickets were purchased at Food City in Turners Falls, according to the Massachusetts State Lottery.