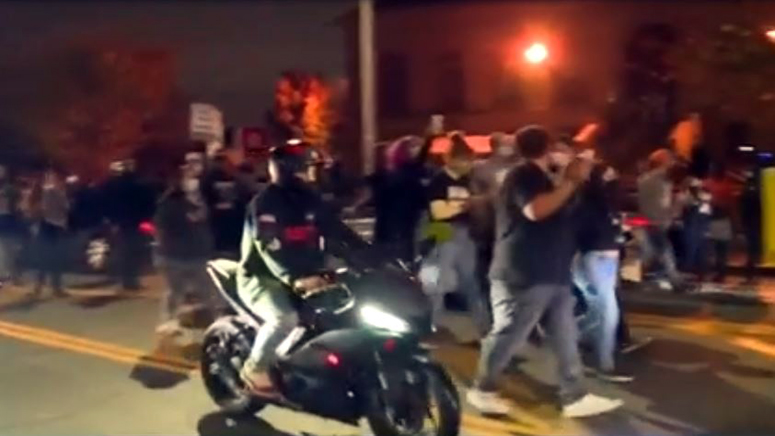 Several more people were arrested when protesters demanding justice for a Rhode Island man injured when the moped he was operating crashed as it was being followed by a police cruiser clashed with police for a second night.

Several dozen protesters marched through the Providence streets on Wednesday night and threw bottles, smoke bombs and rocks at police near the Cranston line at about 10 p.m., The Providence Journal reported.

Police in Providence and Cranston said up to eight people were taken into custody, mostly on disorderly conduct charges, WPRI-TV reported.

Gonsalves was injured Sunday as police responded to reports of hundreds of dirt bikes, ATVs and other street-illegal vehicles roaring around the streets. Family members say Gonsalves is in a coma.

The family has disavowed the violence.

An investigation is underway to determine whether the police cruiser made contact with the moped. Three videos made public are inconclusive.

The family is scheduled to meet with state Attorney General Peter Neronha on Thursday.