More than a week after they disappeared, an Alabama inmate and former corrections officer have left few clues for investigators on their trail 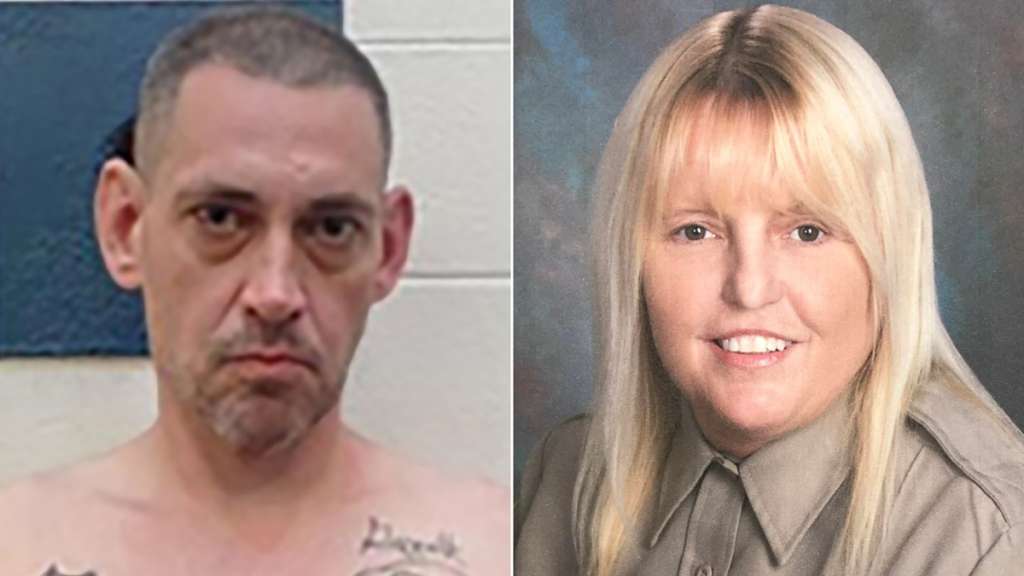 (CNN) — As the search continues for a missing former Alabama corrections officer and an inmate charged with murder, authorities remain in the dark on where the pair may have gone after the SUV they used after leaving the jail turned up little new information in the case.

The 2007 Ford SUV officials believe Vicky White, 56, and inmate Casey White, 38, were traveling in during their escape from the Lauderdale County Detention Center in Alabama more than a week ago was located in a Tennessee tow lot, Sheriff Rick Singleton said Friday during a news conference.

“The car was cleaned out,” the sheriff told CNN Saturday. “There wasn’t anything left in the vehicle. They apparently took everything they had with them.”

The corrections officer, who is now no longer employed by the sheriff’s office, left with the inmate from the jail on the morning of April 29, saying she would take him to the courthouse for a mental health evaluation. She also said she would seek medical care for herself after dropping him off because she wasn’t feeling well.

The pair never arrived at the courthouse or medical facility, setting off a manhunt involving local and federal authorities.

The two are not related but may have had a romantic relationship, Singleton has said.

“It’s been a difficult week, a challenging week, a discouraging week,” Singleton told CNN Saturday. “Ultimately as a sheriff, I am responsible for the jail, and this is on my shoulders.

“I want to see that we get Casey White back behind bars, and I want to see Vicky White brought in so we can understand exactly what she was thinking,” Singleton added.

Although locating the SUV gave authorities a sense of the direction the pair was headed, investigators are still trying to piece together their movements days after they left the jail in a patrol car.

‘Back to square one’

Surveillance video from the detention center showed the pair getting into a patrol car at the facility the morning of their disappearance, with Casey White handcuffed and shackled, officials have said.

The patrol car was later abandoned in a shopping center parking lot near the jail with Vicky White’s jail keys, radio and handcuffs inside. The pair then drove off in an orange Ford SUV that Vicky White had purchased and left in the same parking lot the night before, Singleton has said.

On Friday, authorities said they located the SUV, which had been in a Tennessee tow lot for about a week. The SUV was taken there after it was found abandoned in the woods and without any identifying information last Friday.

Authorities believe the SUV may have experienced mechanical problems, which prompted the sudden stop in that area.

The discovery means the pair drove roughly two hours north to Williamson County, Tennessee, after disappearing from the jail in Florence, Alabama, Singleton explained during the Friday news conference.

“We know now where the car is, we know what direction they went,” the sheriff said. “We’re trying to canvass the area for any witnesses, also trying to research, see if any stolen vehicles were reported in that area during that time.”

Investigators don’t yet know if the pair stole another vehicle or caught a ride with someone else, the sheriff said.

“We’re sort of back to square one,” he said. “After Friday afternoon, when they abandoned that car, which direction they went from there, we don’t know.”

“Her knowledge of corrections and her knowledge of the procedures that we use here at the sheriff’s office most definitely played to her advantage. I think this was a very well-thought-out plan,” Singleton said Friday during the news conference.

Vicky White had submitted her retirement papers before disappearing and the day of the escape was to be her last day at work.

She now has an active arrest warrant for allegedly permitting or facilitating escape in the first degree. She is no longer employed by the sheriff’s office, the office said.

Investigators believe she had a large amount of money when she and the inmate vanished and she has used aliases, including for the purchase of the vehicle, Singleton said. “I’m assuming she’s probably ditched those aliases and probably got some new identities now,” he explained.

Further, the pair should be considered armed and dangerous and may have an AR-15 rifle, handguns and a shotgun, the US Marshals Service warned.

Before escaping, Casey White was serving 75 years for a series of crimes in 2015, including a home invasion, carjacking and a police chase, according to the US Marshals Service. He also faces two counts of capital murder for the stabbing death of 59-year-old Connie Ridgeway in 2015, the service said.