More turn to abortion pills by mail, with legality uncertain 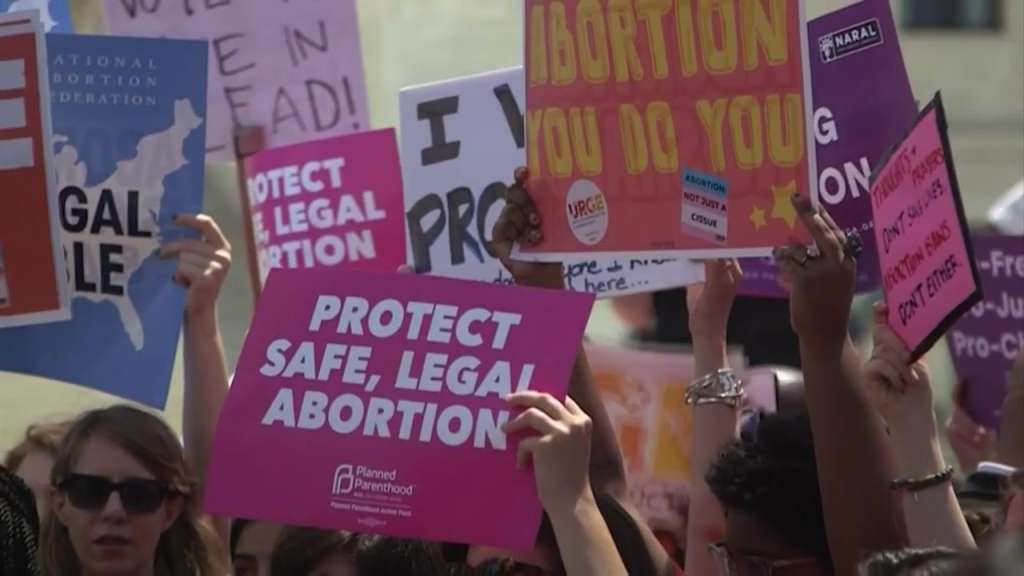 TOPEKA, Kan. (AP) — Before her daughter’s birth, she spent weeks in bed. Another difficult pregnancy would be worse as she tried to care for her toddler.

Faced with that possibility, the 28-year-old Texas woman did what a growing number of people have considered: She had a friend in another state mail her the pills she needed to end her pregnancy. She took the pills, went to bed early and describes the experience as “calm” and “peaceful.”

“If people can have births at birthing centers or in their own homes, why shouldn’t people be able to have abortions in their own homes?” said the woman, who spoke on the condition of anonymity because she worries about legal reprisals as Texas moves to join several other states in disallowing mail delivery of abortion medications. “It’s a comfort thing.”

The COVID-19 pandemic and Texas’ near-ban on abortion fueled increased interest in obtaining abortion medications by mail. But with the legality in doubt in several states, some people looking to get around restrictions may not see it as worth the risk. The matter is taking on new urgency with the Supreme Court set to hear arguments next month in Mississippi’s bid to erode the Roe v. Wade decision guaranteeing the right to an abortion.

Some abortion-rights advocates worry that whatever state officials and anti-abortion groups promise, people ending their pregnancies at home will face criminal prosecutions.

“We don’t think that people are doing anything wrong to order medication from an online site,” said Elisa Wells, co-founder and co-director of Plan C, which provides information about medical abortions. “I mean, that’s how men get Viagra. They order it online, and nobody’s talking about that and asking, is that illegal?”

Medication abortions have increased in popularity since regulators started allowing them two decades ago and now account for roughly 40% of U.S. abortions. The medication can cost as little as $110 to get by mail, compared with at least $300 for a surgical abortion.

However, people seeking abortion pills often must navigate differing state laws, including bans on delivery of the drugs and on telemedicine consultations to discuss the medication with a health care provider. And until Democrat Joe Biden became president, U.S. government policy banned mail delivery nationwide.

“We just didn’t want women to use these medications and not have any protections, any guidance, any consultation,” said Oklahoma state Sen. Julie Daniels, a Republican and lead sponsor of her state’s law banning delivery of abortion medication by mail, which is on hold amid a legal challenge.

Plan C saw roughly 135,000 hits on its website in September, about nine times the number it had before the Texas law that bans abortion as early as six weeks into a pregnancy took effect Sept. 1, Wells said.

Aid Access, which helps women get abortion pills and covers costs for those who can’t afford them, says it can’t yet provide data from recent months. It saw a 27% increase in the U.S. in people seeking abortion pills as states instituted restrictions early in the COVID-19 pandemic, according to a University of Texas study. The biggest increase was in Texas, which had limited access to clinics, saying it was necessary to check the coronavirus’ spread.

Aid Access has a physician based in Europe, Dr. Rebecca Gomperts, provide prescriptions to clients in 32 states that only allow doctors to do so. The pills are mailed from India.

“I don’t think that any state level regulation is going to stop Dr. Gomperts from what she’s doing,” said Christie Pitney, a California nurse-midwife who is Aid Access’ provider for that state and Massachusetts.

Indeed, Aid Access defied a 2019 order from the Food and Drug Administration to stop distributing medications in the U.S. In April, the Biden administration dropped the FDA ban on mail delivery of abortion medications during the pandemic.

The divide among Democratic-leaning and Republican-leaning states is stark in the St. Louis area. On the Illinois side, Planned Parenthood offers telemedicine consultations and prescriptions by mail. Missouri, however, bars telemedicine and requires a pre-abortion pelvic exam, which providers see as unnecessary and invasive.

Even some abortion opponents believe it will be difficult for states to crack down on providers and suppliers outside their borders, especially outside the U.S.

“Obviously it would be a lot easier if we had the cooperation of the federal government,” said John Seago, Texas Right to Life’s legislative director. “There’s no silver bullet yet identified of how we’re going to approach this kind of next frontier of the fight.”

Still, Seago says tough penalties give prosecutors an incentive to pursue violators. The Montana law, for example, mandates a 20-year prison term, a $50,000 fine, or both to anyone who mails pills to a state resident.

Pregnant people seek telemedicine consultations and abortion pills by mail because they don’t want to or can’t travel or can’t arrange time off or child care, abortion-rights advocates said.

“Just because somebody can’t access an abortion doesn’t mean that they’re going to all of a sudden want to continue a pregnancy that originally was not desired, right?” said Dr. Meera Shah, chief medical officer for the Planned Parenthood affiliate outside New York City, who also does abortions in Indiana.

A person in Ohio who identifies as nonbinary said they used an herbal remedy to self-manage an abortion alone in their college dorm room in 2016, before Aid Access launched its site, telling their roommate they had the stomach flu. They said they didn’t have a car and didn’t know they could get financial help, and called the Aid Access model “fantastic.”

“Any avenue to help pregnant people facilitate their own abortions and have that experience in whatever way best suits them is a great way to give bodily autonomy back to a wider range of patients,” they said, speaking on condition of anonymity because they fear harassment from anti-abortion protesters.

The new laws in Montana, Oklahoma and Texas say people can’t face criminal penalties for having medication abortions. Yet those provisions — and assurances from abortion foes that their goal is not to prosecute people who have ended pregnancies — don’t comfort some abortion-rights advocates.

They say roughly two dozen women have been prosecuted since 2000 in the aftermath of self-managed abortions. An Indiana woman who was sentenced to 20 years in prison for feticide in 2015 for a self-induced abortion spent more than a year behind bars before her conviction was overturned.

Some abortion-rights advocates said prosecutors also can use child endangerment or manslaughter charges against people who have had abortions — or who have had miscarriages that authorities deem suspicious. They worry that the poor and people of color are especially vulnerable.

“They can’t get drugs where they are, and so they may purchase pills from informal networks or online sites,” said Melissa Grant, chief operating officer of carafem, which operates clinics in four states and provides abortion medications in nine. “But that’s riskier in this country than actually taking the medicines.”