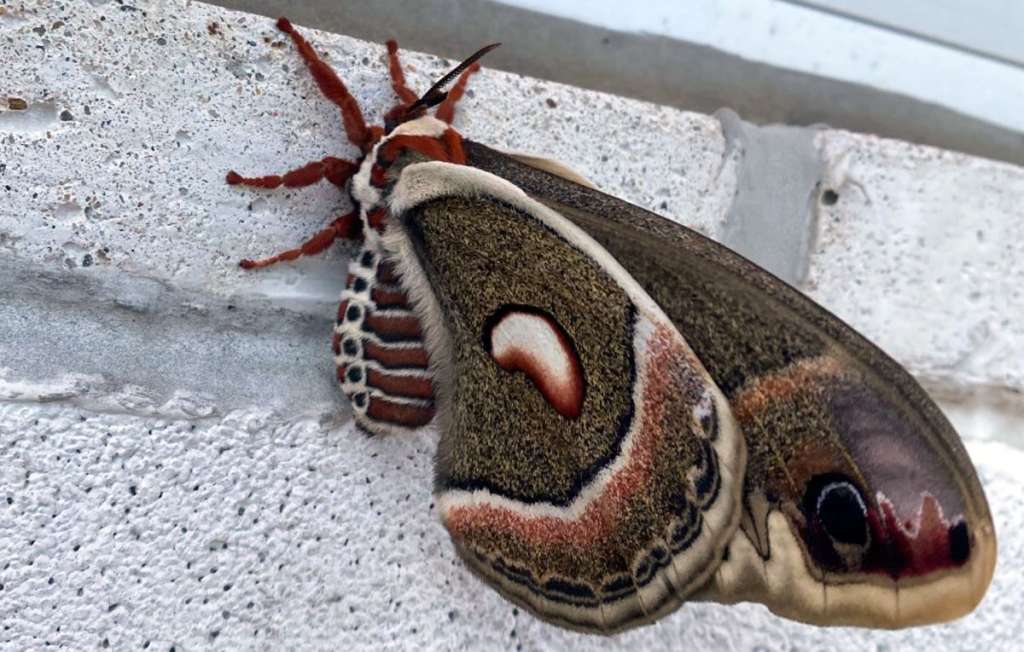 PEABODY, MASS. (WHDH) - A moth that is believed to be the largest in North America was spotted clinging to a storefront in Peabody on Wednesday.

A woman who shared stunning photos of the moth says she captured the images of the insect outside of Ulta Beauty at the Northshore Mall.

The creature appeared to have almost identical features to those of the Cecropia moth — the largest moth found in North America, according to the National Wildlife Federation.

The NWF describes Cecropia moths as silk moths with reddish bodies and black-to-brown wings surrounded by bands of white, red, and tan.

The particular moths are known to have a wingspan of five to seven inches.

They typically emerge from their cocoons in the spring.