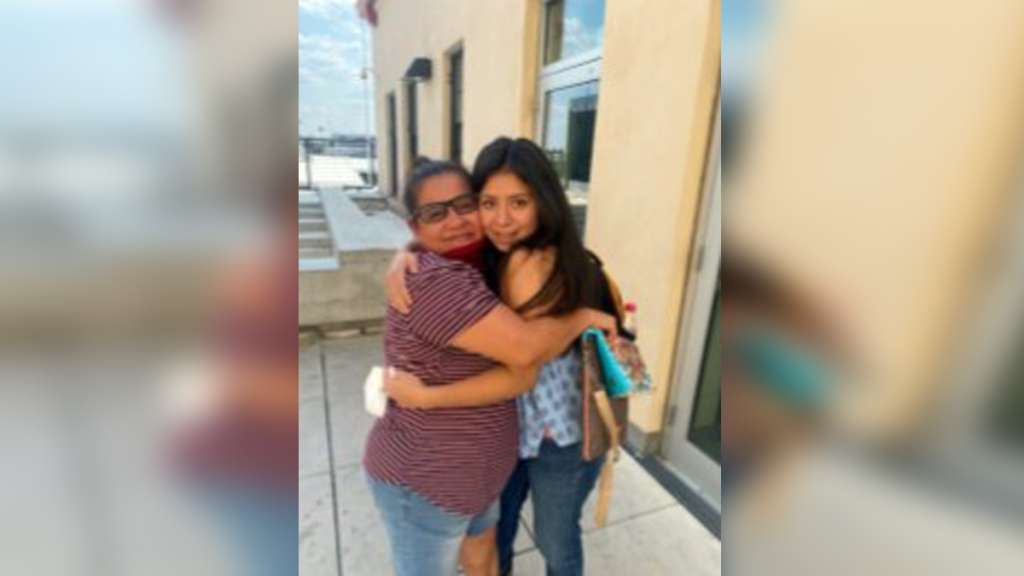 CLERMONT, Fla. (WHDH) — A Florida mother was once again able to embrace her daughter 14 years after she had been kidnapped from their home.

Angelica Vences-Salgado contacted the Clermont Police Department’s Detective Division on Sept. 2 to inform them that a woman had contacted her via social media claiming to be her daughter, Jacqueline Hernandez, who was abducted from her home in 2007.

The woman told Vences-Salgado that she was in Mexico and requested that she meet her last Friday at the Point of Entry located at the border in Laredo, Texas.

Additional law enforcement organizations were contacted, including Homeland Security Investigations, and ICE’s Enforcement and Removal Operations, to intercept the woman and determine if her identity was actually Vences-Salgado’s daughter.

On Friday, detectives learned that Vences-Salgado and the woman were both at the Port of Entry.

United States Customs and Border Protection and Laredo police intercepted Vences-Salgado and the woman claiming to be her daughter just before 2 p.m., Clermont police said.

Based on the documentation provided to these agencies by Vences-Salgado and Clermont police, they determined that the woman was indeed Hernandez, now 19 years old.

Hernandez was successfully reunited with her mother just before 5 p.m.