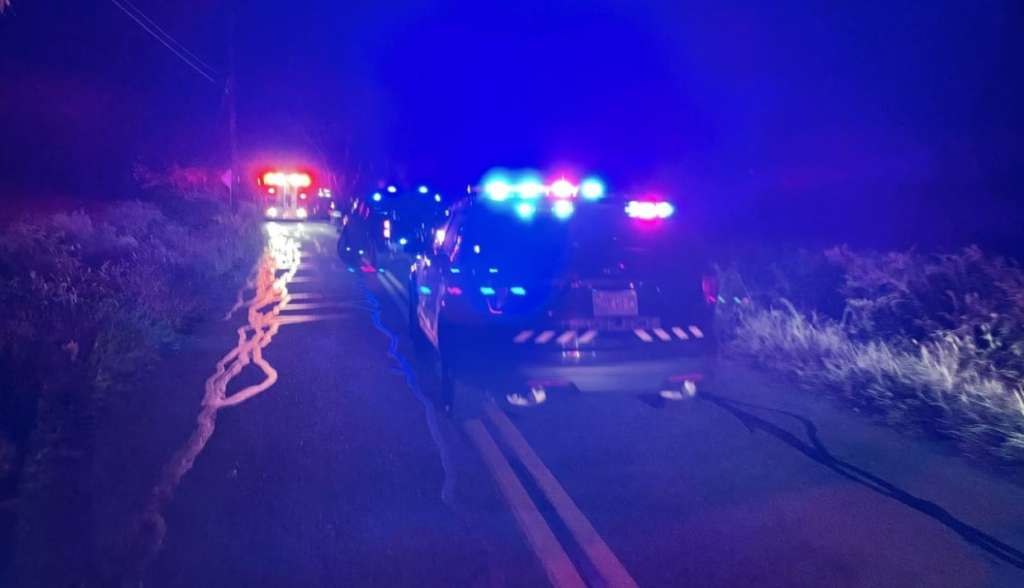 Around 11:45 p.m. a Lakeville officer attempted to stop a motorcyclist traveling at a speed of 68 mph in a 40 mph zone on Main Street, according to Lakeville police.

The officer briefly followed the motorcycle on Main Street before abandoning the pursuit for safety reasons when the motorcycle turned onto Vaughan Street.

A short time later, the officer traveled down Vaughan Street and found that the motorcyclist had crashed into a telephone pole just over the Middleboro line. He immediately called for medical aid and helped treat the victim.

The motorcyclist was taken to Morton Hospital, where he was pronounced dead. His name has not been released.

Vaughan Street was temporarily closed near the Middleboro-Lakeville line while officers conducted an investigation.

An investigation into the crash remains ongoing. No additional information was immediately available.