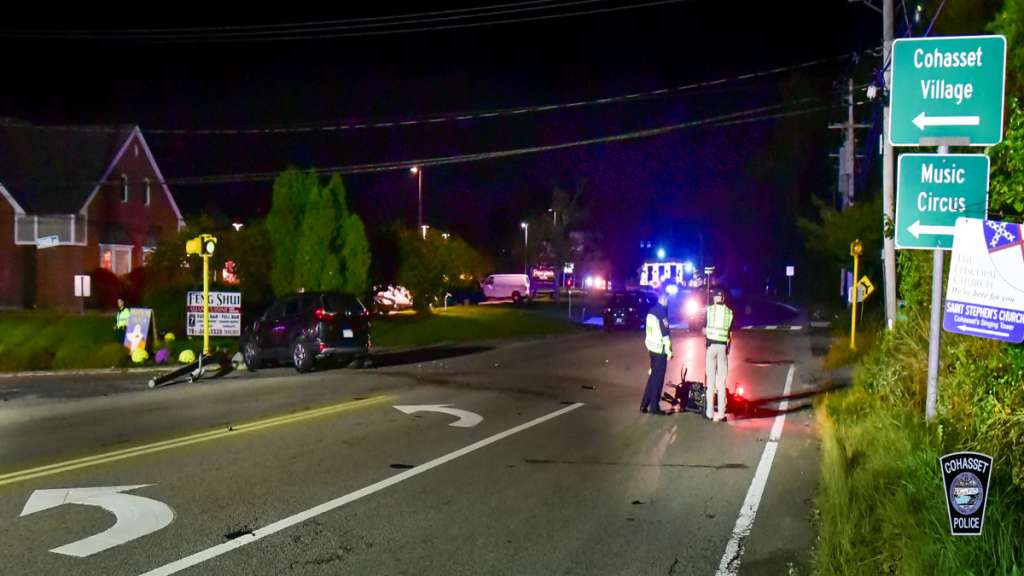 COHASSET, MASS. (WHDH) - Police are investigating a crash in Cohasset on Tuesday night that left a motorcyclist with life-threatening injuries, officials said.

Emergency crews responding to reports of the crash near the intersection of Route 3A and Sohier Street around 6 p.m. found the motorcyclist, a 24-year-old Scituate man, underneath an SUV and suffering from severe injuries, according to the department.

Firefighters helped move the SUV off the man with hydraulic tools and he was transported to South Shore Hospital before being transferred to a Boston area hospital for surgery.

The driver of the SUV, a 58-year-old male from Dorchester, suffered minor injuries from the crash and was also transported to South Shore Hospital.

Mass. state police are assisting in the investigation.

So far, no charges have been filed yet and speed does not appear to be a factor in the crash.