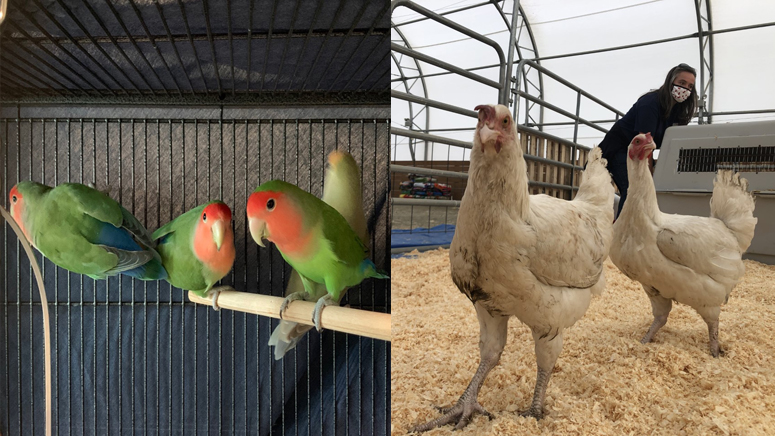 BOSTON (WHDH) - The MSPCA is in need of adopters after a pair of voluntary surrenders left its Boston and Methuen locations “overrun with birds,” officials announced Thursday.

Law enforcement officers and adoption center officials removed 87 chickens from a farm in Webster and relocated them to Nevins Farm in Methuen in August, according to the MSPCA.

Many of the chickens, which were said to be living in “deplorable” conditions without access to fresh food and water, are still being nursed back to health.

On Sept. 10, officials removed 49 birds from a home in Norfolk County after their owner became “overwhelmed” with caring for them, the MSPCA said.

The birds, including cockatiels, conures, lovebirds, and parakeets, are in fine health and currently ready for new homes.

“The Norfolk County case is a situation in which the number of birds in the house became too much for the owner to care for, despite her best efforts,” said Mike Keiley, director of adoption centers and programs at the MSPCA-Angell. “But owing to the large number now in our care, we’re eager to start identifying adopters willing to take one or some home.”

Keiley noted that most of the Norfolk County birds are housed at the MSPCA-Angell’s Boston adoption center, with another 15 in Methuen.

Interested adopters are urged to visit mspca.org/adoption for more information on the birds.