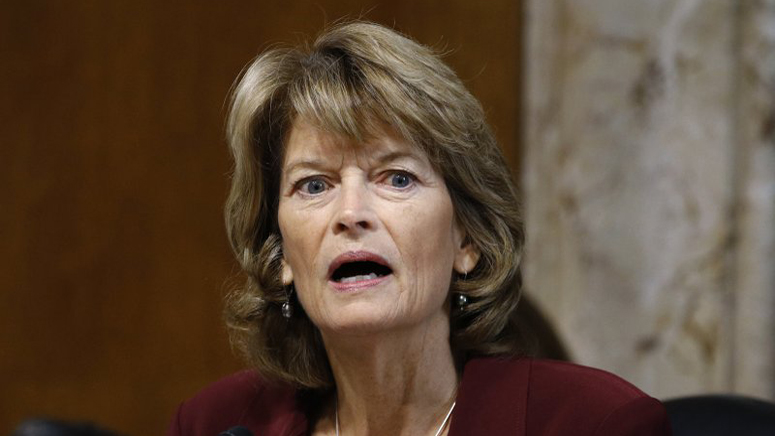 FILE - In this Dec. 19, 2019 file photo, Sen. Lisa Murkowski, R-Alaska, chair of the Senate Energy and Natural Resources Committee, speaks during a hearing on the impact of wildfires on electric grid reliability on Capitol Hill in Washington. Murkowski says she was “disturbed” to hear Senate Majority Leader Mitch McConnell say there would be “total coordination” between the White House and the Senate over the presidential impeachment trial. In an interview with KTUU, Murkowski said she remains undecided on how she would vote when the trial takes place. She was critical of the impeachment process in the House, describing it as rushed. But she said there should be distance between the Trump administration and the Senate on how the trial is conducted. (AP Photo/Patrick Semansky, File)
CNN

(CNN) — Republican Sen. Lisa Murkowski said Sunday that she opposes taking up a Supreme Court nomination prior to Election Day, becoming the second GOP senator this weekend to voice opposition to Senate movement on the matter before the 2020 election.

“For weeks, I have stated that I would not support taking up a potential Supreme Court vacancy this close to the election. Sadly, what was then a hypothetical is now our reality, but my position has not changed,” he Alaska Republican said in a statement.

“I did not support taking up a nomination eight months before the 2016 election to fill the vacancy created by the passing of Justice Scalia. We are now even closer to the 2020 election — less than two months out — and I believe the same standard must apply.”

Murkowski did not address whether she will oppose President Donald Trump’s nominee in a lame-duck session if Joe Biden wins the presidency.

She joins another key GOP senator — Susan Collins of Maine — in her opposition to taking up whomever Trump nominates to replace the late Justice Ruth Bader Ginsburg‘s vacant seat before November 3.

Should two more Republican senators also say they oppose movement on Trump’s forthcoming nominee, Democrats will have enough support to punt the nomination to the lame-duck session.