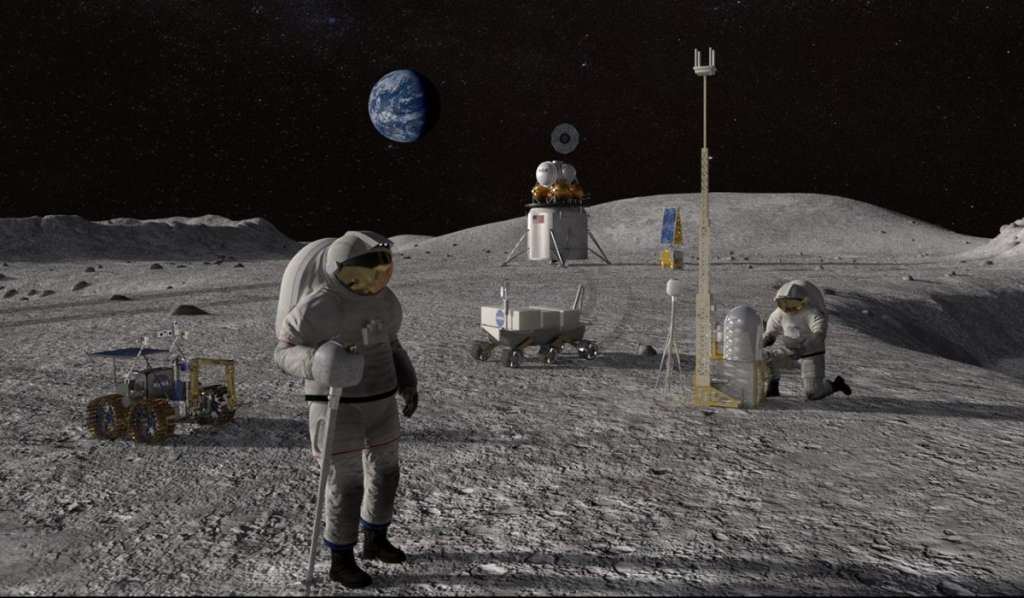 The Artemis program will land the first person of color on the moon, according to NASA. Credit: NASA

(CNN) — The Artemis program will land the first person of color on the moon, according to NASA. The new goal for the program, which seeks to land the first woman and the next man on at the lunar south pole by 2024, comes from the Biden-Harris administration.

The administration submitted US President Joe Biden’s priorities for 2022 discretionary spending to Congress Friday. It calls for an increase of more than 6% from the previous year, according to NASA.

“This $24.7 billion funding request demonstrates the Biden Administration’s commitment to NASA and its partners who have worked so hard this past year under difficult circumstances and achieved unprecedented success,” said acting NASA Administrator Steve Jurczyk in a statement.

“The president’s discretionary request increases NASA’s ability to better understand Earth and further monitor and predict the impacts of climate change. It also gives us the necessary resources to continue advancing America’s bipartisan Moon to Mars space exploration plan, including landing the first woman and first person of color on the Moon under the Artemis program.”

Biden’s fiscal year 2022 request would keep NASA on track to return humans to the moon while aligning with the President’s “commitment to pursue a comprehensive approach to advancing equity for all,” according to a NASA release.

While the first cadre of astronauts for the Artemis program were announced in December, the first two crew members for Artemis III in 2024 have yet to be announced. The initial group of 18 represents a diverse team of astronauts, including those new to NASA and veterans of spaceflight.

While it’s unknown if a person of color will be among the two first astronauts to return to the moon since the Apollo program in 1972, “these are historic moments in advancing equity for all of humankind,” said Bhavya Lal, acting NASA chief of staff.

“Women and people of color represent a significant contributing portion of all facets of NASA’s workforce, and the last two astronaut classes selected have included the highest percentage of women in history,” Lal said. “Fifty percentof the 2013 National class was female and 45% of the 2017 class. And today, African American, Asian Pacific Islander, Hispanic and multiracial astronauts are about a quarter of NASA’s active astronaut corps.”

Lal said the announcement is personally very meaningful to her. She came to the United States at 18 years old, carrying two suitcases full of books and never imagining she would work at NASA in the future.

“If you can see it, you can believe it,” Lal said. “So much of what NASA does is inspire the next generation, but in order to be successful in that inspiration, we have to continue to be leaders when it comes to diversity and equity.”

That diversity is necessary, not just for mission capability, but across NASA to fuel the big steps the agency is taking to push how humans explore space, she said.

Returning astronauts to the moon will act as a proving ground before sending them on to Mars — another long-term goal of the Artemis program.

“It isn’t a ‘flags and footprints’ activity like the Apollo program,” Lal said. “This is a more sustained presence to help us prepare to get to Mars.”

When astronauts explore the lunar south pole, which has never been visited by humans before, they will build on the legacy and science gained during the Apollo program and carry it into a new century.

After the uncrewed Artemis I flight in November, Artemis II will be a crewed flyby of the moon in August 2023. Artemis III will return astronauts to the moon.

In addition to aiding the Artemis program and studying climate change, the President’s request would also help further the agency’s robotic exploration of space, provide a boost to aviation technology and provide new funding for NASA’s efforts to engage in STEM outreach for underserved students, according to the agency.