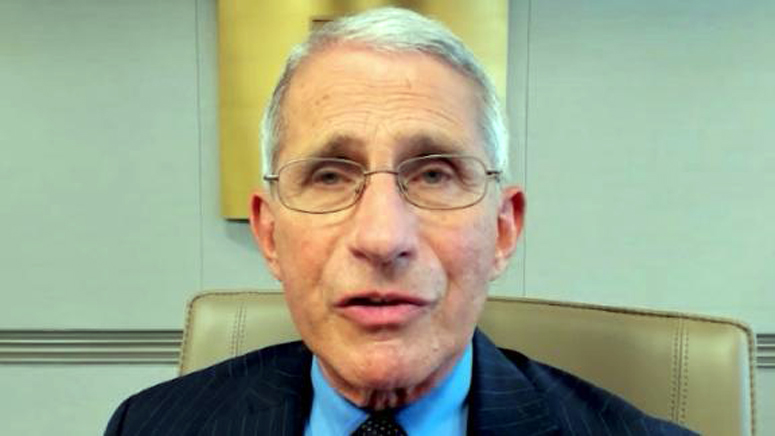 The nation’s top infectious disease expert on Tuesday called Vermont’s ongoing efforts to control the coronavirus a model for the nation.

Dr. Anthony Fauci said Vermont’s continued emphasis on wearing masks, avoiding crowds, keeping physical distance and other simple measures are things he has been trying for months to communicate across the country.

Statistics show that Vermont continues to have the lowest rate of positive tests for the virus that causes COVID-19 in the country — 0.2% according to state officials — and the lowest number of cases per capita with a growth rate of the cases of about 1%.

As of Tuesday, Vermont had recorded a total of just over 1,700 virus cases and 58 related deaths.

Since the beginning of the pandemic in March, Scott and his administration have emphasized the basics to prevent the spread of the virus. The state has also conducted rapid testing and contact tracing of potentially infected individuals.

Now, the state is continuing its gradual reopening. Last week public schools opened — some with in-person instruction, some with a combination of in-person and remote learning and some exclusively remote.

Since then, cases have been discovered in two schools, but officials say cases in schools were to be expected.

Vermont’s ability to reopen has been due to its relative control of the virus.

“This is success because of what you did and not success only because of the low density in Vermont,” Fauci said.

As an example, Fauci cited New York City. Early in the pandemic, more than half of the cases in the country were in New York.

“Now in New York City, they’ve got it right,” Fauci said. New York currently has a positivity rate of around 1%.

“So it isn’t a question of density or not, it’s a question of what you did or did not do correctly,” he said. “And from the numbers that I’ve seen, Vermont has done it correctly.”

But Fauci warned Vermont cannot let its guard down. He called the virus a “formidable foe” and that will come back if given the opportunity.

“Please, you’ve done so well, don’t let your guard down, because if we do we are going to see surges that are going to put us back to where we were months ago,” he said.

Fauci did say he expected a safe and effective vaccine should become available around the end of the year or in early 2021.