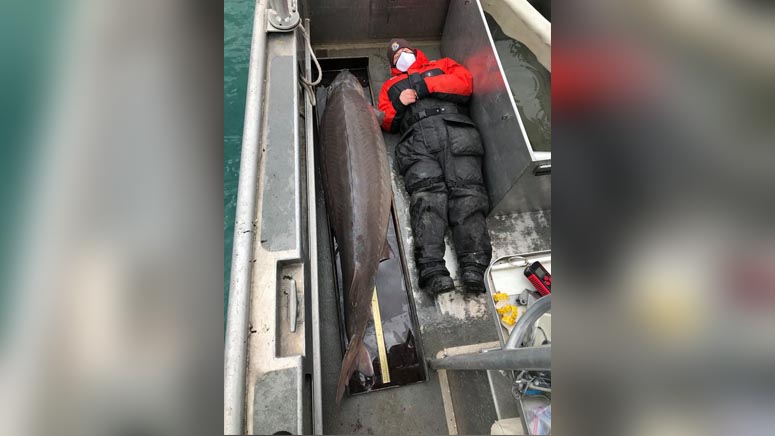 A 240-pound (108.8 kilograms) sturgeon that could be more than 100 years old was caught last week in the Detroit River by a crew from the U.S. Fish and Wildlife Service.

“Based on its girth and size, it is assumed to be a female and that she has been roaming our waters over 100 years. She was quickly released back into the river” after being weighed and measured, the Fish and Wildlife Service said.

The typical lifespan is 55 years for a male sturgeon and 70 to 100 years for females, according to the Michigan Department of Natural Resources.

Lake sturgeon are listed as a threatened species in Michigan. Anglers can keep one a year, but only if the fish is a certain size and is caught in a few state waters. All sturgeon caught in the Detroit River must be released.