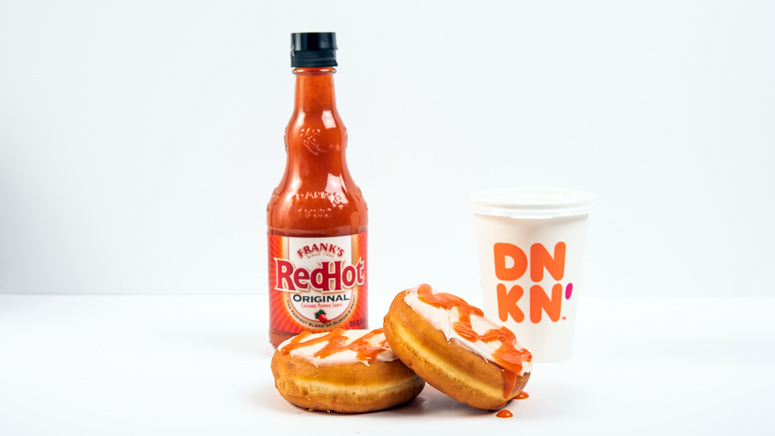 CANTON, MASS. (WHDH) - Dunkin’ served up a spicy version of its classic jelly doughnut at two locations in Miami, Florida, on Monday.

The limited-edition Frank’s Red Hot jelly doughnut was offered to customers in Fort Lauderdale and at Miami International Airport.

The Canton-based coffee chain wanted to provide fans leaving the Super Bowl with a sweet-and-spicy treat, no matter what team they cheered for on Sunday night.

Dunkin’s manager of doughnut excellence, Rick Golden, was the mastermind behind the odd combination of flavors.

Things are getting spicy at two of our locations in the Miami area 🔥 So even if your team lost yesterday, you can still win with our free @FranksRedHot Jelly Donut. See address in bio. #FranksSweepstakes x #Dunkin pic.twitter.com/wOFzaHzLLx