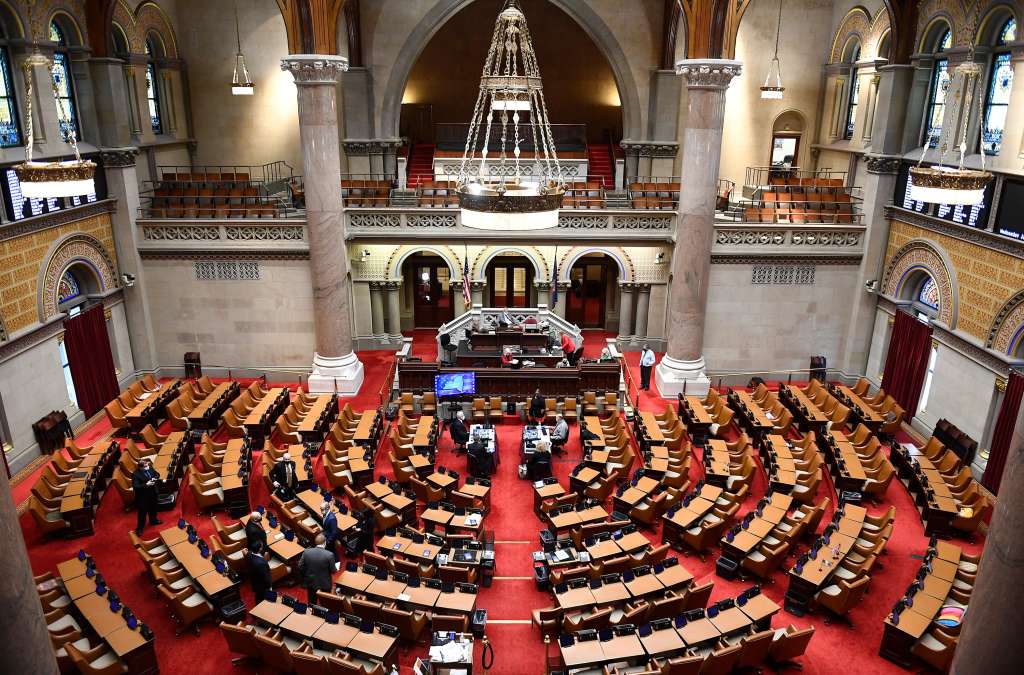 View of the New York state Assembly Chamber as members meet on the opening day of the 2021 legislative session at the state Capitol in Albany, N.Y. Wednesday, Jan. 6, 2021, in Albany, N.Y. (AP Photo/Hans Pennink)

(CNN) — A New York bill that would allow people to use a gender-neutral “X” as a gender marker on driver’s licenses and birth certificates passed the New York State Assembly on Thursday and now goes to the governor for final approval.

The Gender Recognition Act, which previously passed the state Senate, would also allow New Yorkers to attest to their own gender identity when petitioning a court or updating an identification document, and no longer requires medical evidence. The bill would also eliminate the requirement to publish name changes in a local newspaper, according to the text of the bill.

The bill would also allow parents the choice to be designated as “father,” mother” or “parent” on their child’s birth certificate.

The push for an “X” option has been part of a long effort by the transgender community and others to provide for easier changes to gender markers on documents. Correct gender identification on official documents helps protect the safety of transgender people and allows them better access to housing, employment or other public benefits, according to the National Center for Transgender Equality.

The bill passed with 113 in favor, and 36 against. It’s unclear whether Gov. Andrew Cuomo will sign the bill.

“Today is a proud day for New York State, as we secure our standing as a leader in LGBTQ rights and ensure that transgender, nonbinary, and intersex New Yorkers have the equality and dignity they deserve,” sponsor Assembly Member Daniel O’Donnell said in a news release. “No one should face overwhelming financial, medical, and bureaucratic barriers simply to have their existence officially recognized.”

If Cuomo signs the bill, New York would join 24 other states to offer a gender-neutral marker on at least some official documents, according to Andrew Ortiz, an attorney at the Transgender Law Center who advised lawmakers on the bill.

New York City already allows people born there to update their birth certificate without an affidavit from a health care provider, and they may also select a gender-neutral “X.”

“The Gender Recognition Act removes many barriers to New Yorkers’ access to accurate, state-issued identity documents, does away with antiquated publication requirements for name changes, and creates clear processes for updating and obtaining accurate identification documents and records,” Ortiz said. “While there is still much work to do, we celebrate this important step forward.”