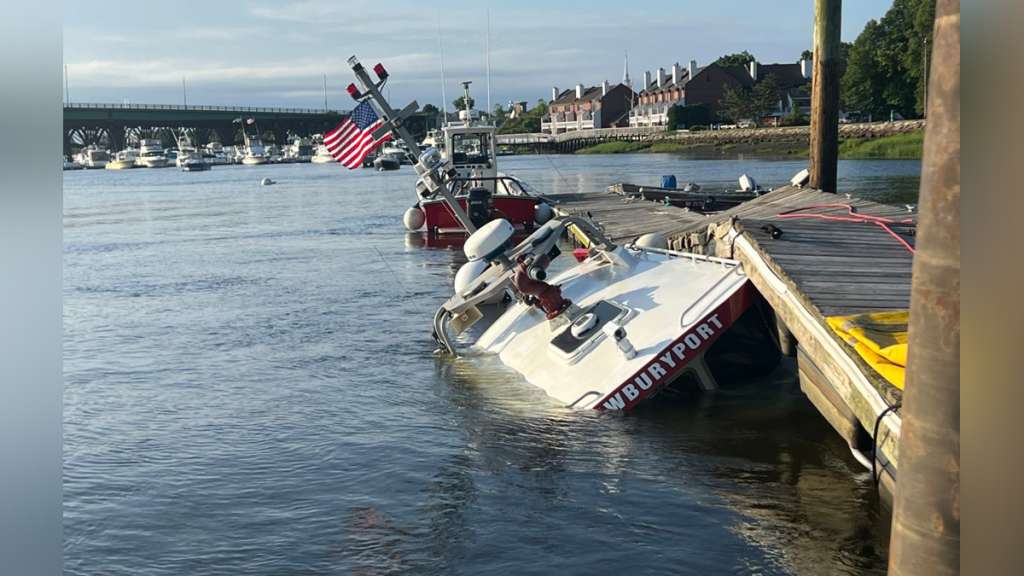 NEWBURYPORT, MASS. (WHDH) - The Newburyport Fire Department’s Marine Unit vessel sank, tipping off an investigation into how and why it sank.

The boat was docked at Cashman Park and sank sometime overnight Thursday or early Friday morning.

A pedestrian reported the boat as partially submerged and tipped on Friday at 4 a.m. The Newburyport Fire Department and Harbormaster responded immediately and secured the area.

The tide was outgoing at the time, with high tide occurring at 2:09 a.m. in Newburyport. An operation to fully raise the boat and remove it from the water was scheduled for 8:30 a.m., just before low tide.

The vessel, designated Newburyport Marine 1, is a 2007 MetalCraft Marine FireStorm 30 High Speed Aluminum Fireboat. It was acquired in 2020 after serving in the Portsmouth Fire Department.

The Newburyport Police Department and Newburyport Harbormaster will investigate the cause of the sinking. The vessel has been active over the past week, taking part in a large search and recovery mission last week. A day before the boat was reported sunk, the boat was used for training on the river, and firefighter operators did not note any malfunctions.

Investigators will also determine if Marine 1 will be suitable to return to service.

The boat is named Raven II, the second Newburyport fire boat to be named in honor of firefighter Tony Raven, who died after battling a blaze on Chapel Street in 2016.