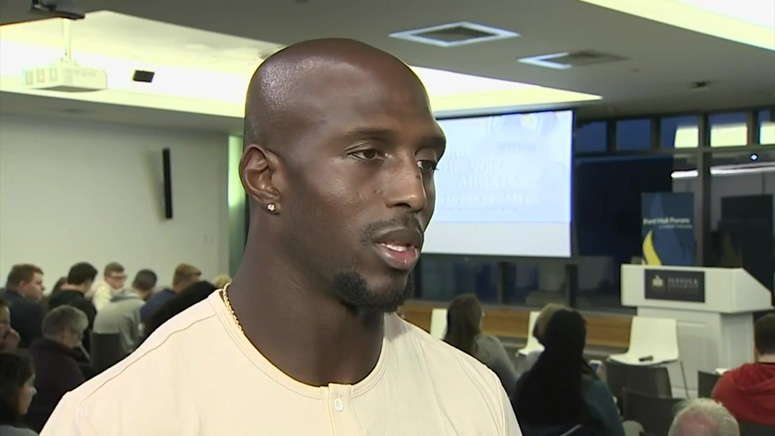 BOSTON (WHDH) - New England Patriots defensive captain Devin McCourty leaves everything he has got on the field but, when that Pats jersey comes off, the passion does not end.

At a Suffolk University forum held less than 24-hours after he took the field against the Jets, the three-time Super Bowl champ addressed social and racial equality.

“I want to do something other than just play football,” McCourty said. “You start to learn that there are so many more important things than just playing football and I think that growth as a man has helped me to understand some of the things I do in the community.”

The Patriots’ safety, along with other teammates who take part in the player’s coalition, is currently pushing for the Education Promise Act that would address Massachusetts’ school funding formula.

McCourty was behind a bill that raised the prosecution age for juveniles to 12. He says they are now pushing to do the same for young adults.

“It helps some of those young adults who, you know, make mistakes but, you know, might not need to be thrown in jail and lose out on some years in life. They might just need some rehabilitation.”

An ACLU study on facial recognition released on Monday revealed that 27 professional athletes from New England were mistakenly matched to a mugshot database, including McCourty’s teammate, Duron Harmon.

Harmon has now taken the lead on a bill that would put a hold on the government’s use of the technology.

McCourty said it is crucial to speak up for those who do not have a voice.

“Use that platform to speak for them and I think that that is a huge responsibility,” he said. “But I think it is something that when you go out there and you do it, it gives you a great sense of purpose.”