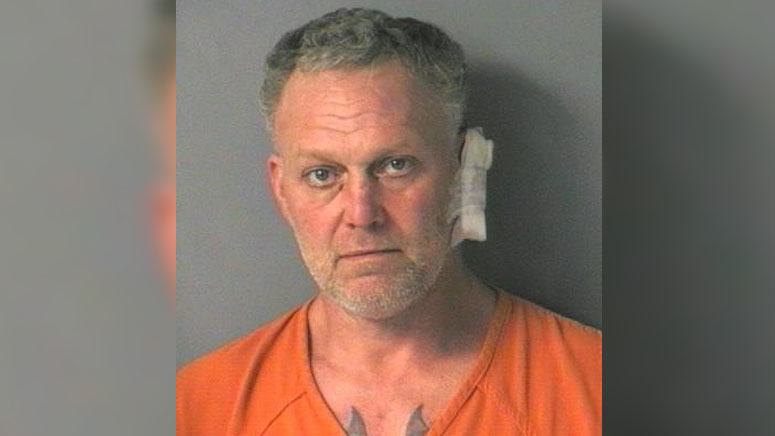 MERRIMACK, N.H. (WHDH) - A New Hampshire man is facing charges after police say he assaulted a police K-9 while hiding in the basement of a Nashua motel after fleeing a traffic stop.

A Merrimack police officer conducting a motor vehicle stop on Daniel Webster Highway by the Nashua city line around 8:45 p.m. completed a records check of the driver, 46-year-old James Spaulding, of Nashua, and discovered that his license was suspended and that he had been previously convicted of operating after suspension, according to police.

Spaulding also allegedly had multiple warrants, including a felony warrant for felon in possession of a dangerous weapon.

As the officer learned this information, Spaulding fled the scene in his vehicle toward the Nashua city line, police said.

He allegedly drove into a local motel parking lot in Nashua, where he abandoned the car and ran away.

Officers set up a perimeter and a police K-9 determined that Spaulding was most likely hiding inside the motel, authorities said.

A K-9 located Spaulding hiding in the basement area, where he refused to comply with the officer’s commands and assaulted one of the K-9s, police added.

He was eventually taken into custody and transported to a local hospital with minor injuries.

After his release from the hospital, he was held without bail on the prior felony warrant and transported to the Hillsborough County House of Corrections.

Merrimack police completed a warrant for Spaulding’s arrest on charges of disobeying a police officer and operating after suspension — subsequent offense, and took him into custody on Thursday.

He was arraigned Friday after being held at the jail.