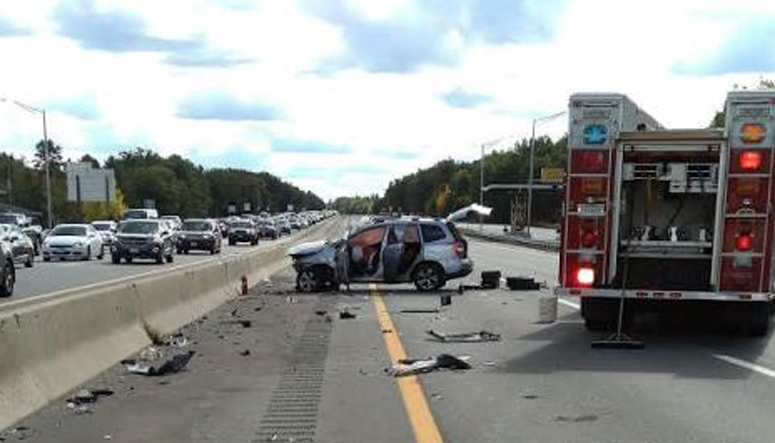 MERRIMACK, N.H. (WHDH) - A New Hampshire man who was left pinned under his flaming car after he was ejected from the vehicle in a violent rollover crash in Merrimack over the weekend has died, officials announced Wednesday.

Troopers responding to a report of a crash on the southbound side of the Everett Turnpike shortly before 1:30 p.m. found a 2014 Subaru resting on top of 38-year-old Charles Daly, of Goffstown, according to New Hampshire State Police.

Daly was launched from his vehicle after he veered off the highway, hit a guardrail, crossed all travel lanes, struck a jersey barrier, and rolled over several times, police said.

The Subaru burst into flames after coming to a rest on top of Daly. Several good Samaritans quickly extinguished the blaze, according to police.

Crews used a carjack to lift the vehicle off of Daly, who later died at Massachusetts General Hospital.