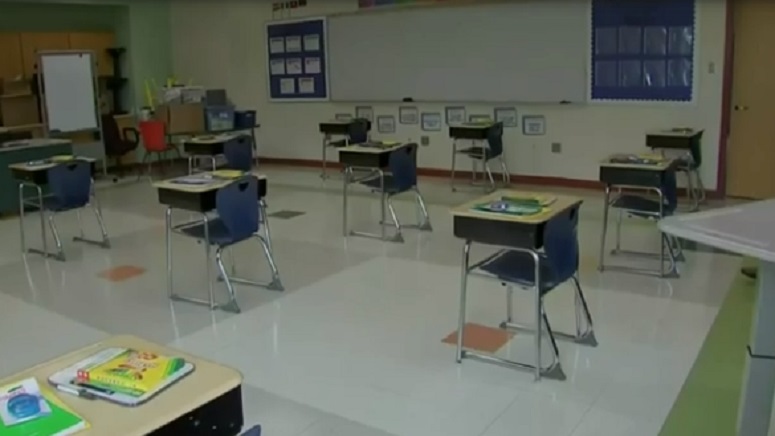 CONCORD, N.H. (AP) — New Hampshire Gov. Chris Sununu’s mandate that all K-12 schools return to full-time, in-person learning by April 19 caught administrators, school boards and teachers off guard, though many schools were already on track to meet that deadline.

Among the two-thirds of schools that responded to a recent Department of Education survey, 60% had started offering in-person instruction five days a week to all students who wanted it before April 1. Another 16% percent of responding schools said they were offering in-person learning four days a week.

Among those not offering five days per week of in-person instruction, 16% planned to reach that goal by April 19, and another 20% had planned to get there by May 3. But 14% had planned to wait until the next school year and 47% had not yet set a date.

Critics of Sununu’s announcement Thursday noted that many teachers will not be fully vaccinated by April 19. The head of the New Hampshire chapter of the American Federation of Teachers also said some schools can’t achieve the recommended amount of social distancing because of school size and student population, and many will struggle to combine in-class teaching with a remote option for those students who prefer to stay home.

“In essence, this has none of the hallmarks of a thoughtful decision but looks more like a blithe and spur-of–the-moment announcement, with no serious consideration of consequences and complications,” said AFT president and Democratic State Rep. Doug Ley. “The governor may live in a simple world but the rest of us live in the real world.”

Among those who responded to the state survey, 90% said they would be able to support students who chose remote learning because of health conditions or concerns about the pandemic, though more than a third said staffing would be a challenge.