No indictment for Texans QB Watson over sex assault claims 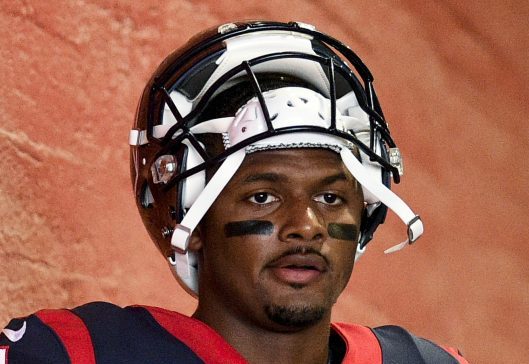 HOUSTON (AP) — A grand jury on Friday declined to indict Houston Texans quarterback Deshaun Watson following a police investigation sparked by lawsuits filed by 22 women who have accused him of harassment and sexual assault.

The grand jury’s decision came about a year after the women first filed their suits, accusing Watson of exposing himself, touching them with his penis or kissing them against their will during massage appointments. One woman alleged Watson forced her to perform oral sex.

Eight of the women who sued Watson filed criminal complaints against him with Houston police and appeared before the grand jury. Two other women who didn’t sue Watson also filed police complaints. The FBI also had been reviewing the allegations.

Watson and his lawyers have denied the accusations. His lawyers have said “some sexual activity” happened during some of the massage appointments but that he never coerced anyone. They have sought to balance their defense of the NFL star while simultaneously condemning sexual violence against women.

Watson’s attorneys have called the lawsuits against him a “money grab” and claimed that all 22 women who filed suit are lying — a strategy some experts and advocates say relies on long-used tropes designed to minimize such accusations. The 22 women are being represented by Tony Buzbee, who has said some of his clients have faced criticism and even death threats.

Even before the lawsuits were filed in March 2021, Watson had asked to be traded. The trade request and the lawsuits kept Watson out all last season. The Texans were expected to try and trade Watson this offseason.

The civil case against Watson will continue as attorneys for the 22 women have begun questioning him during depositions that are part of the lawsuits. Most of the women have already been deposed by Watson’s attorneys. No trial date has been set for the lawsuits.

The lead attorneys in the case are two of the best-known lawyers in Texas. Rusty Hardin, Watson’s lead lawyer, is a civil and criminal defense attorney who represented ex-pitcher Roger Clemens when he was acquitted in 2012 of charges that he lied to Congress by denying he used performance-enhancing drugs. Buzbee has handled various high-profile cases, including representing former Texas Gov. Rick Perry in an abuse-of-power case and settling lawsuits for 10 teenagers who had accused eccentric Texas millionaire Stanley Marsh 3 of paying them for sexual acts.