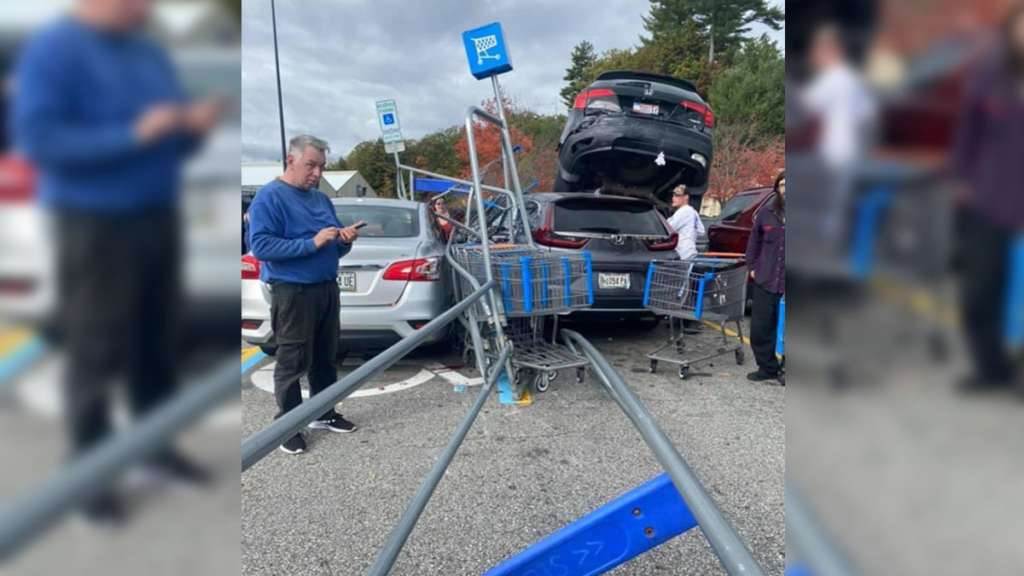 AUBURN, Maine (AP) — An SUV accelerated through a Maine Walmart parking lot, hitting multiple vehicles and a shopping cart corral before coming to a stop with another SUV balanced on top of it.

The driver was an 83-year-old woman who Auburn Deputy Police Chief Timothy A. Cougle said seemed to have been trying to hit the brake and instead hit the gas pedal, the Lewiston Sun-Journal reported Monday.

“We believe it is a case of operator error. We will be talking to witnesses and reviewing parking lot video before any determination is made,” Cougle said.

No one, including the driver, was injured.

“She struck the shopping cart corral in the parking lot, pushed that across the lot. That made contact with some of those vehicles. We are still sorting all the details out, but there is a total of seven vehicles involved — two significantly damaged or totaled,” Cougle told the newspaper.

The woman who owns the SUV that was lifted into the air was shopping at the time it was hit.

Fire and rescue personnel responded to the crash, which is still under investigation. The Walmart was located in Auburn, Maine, about 33 miles (53 kilometers) north of Portland, Maine.