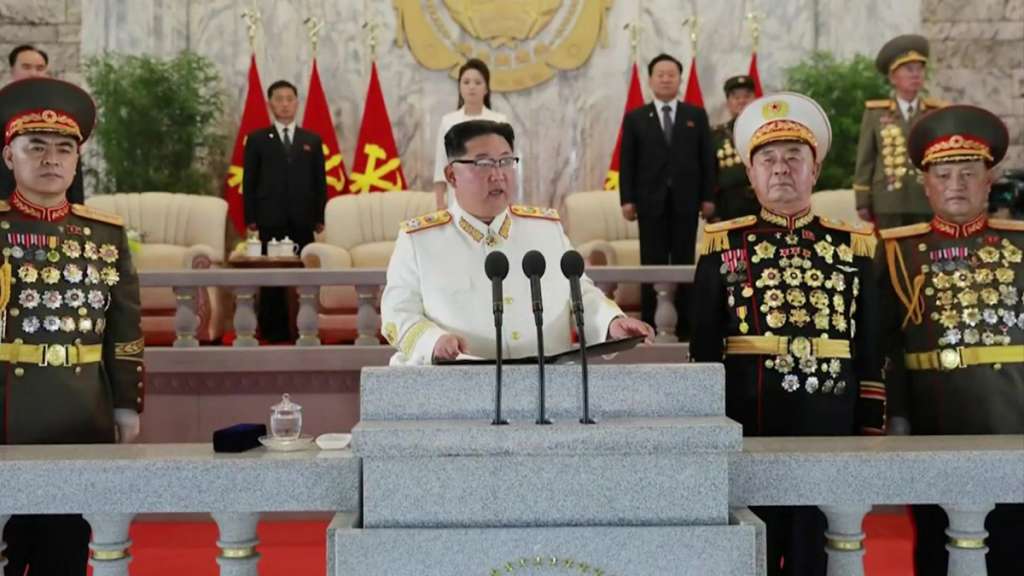 The Korean Central News Agency said Thursday tests from an unspecified number of people in the capital Pyongyang confirmed that they were infected with the omicron variant.

The agency said Kim called a meeting of the ruling Korean Workers’ Party’s Politburo where members deiced to raise its anti-virus measures.

Kim during the meeting called for officials to stabilize transmissions and eliminate the infection source as fast as possible.

North Korea had previously claimed a perfect record in keeping out COVID-19 from its territory. It had closed its border to nearly all trade and visitors for two years that further shocked an economy already damaged by decades of mismanagement and crippling U.S.-led sanctions over its nuclear weapons and missile program.