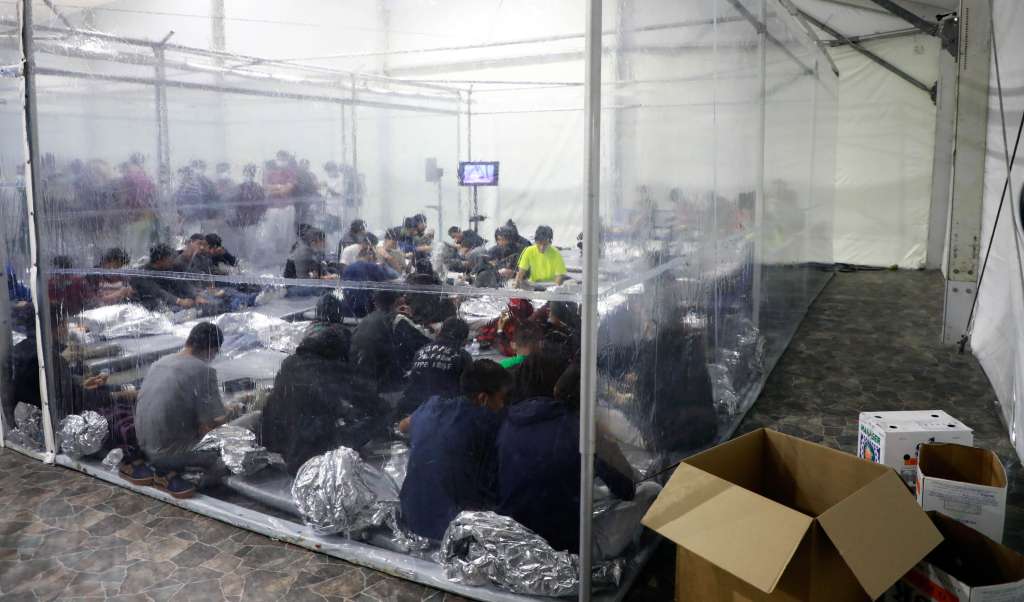 (CNN) — The number of unaccompanied migrant children held in jail-like conditions by US Customs and Border Protection dropped nearly 84% in the span of a month, according to a White House official, underscoring the significant progress made by the administration after reaching record high custody figures.

As of Wednesday, there were 954 children in CBP facilities, down from a peak of 5,767 on March 28, the official told CNN, speaking on condition of anonymity because they weren’t authorized to speak on the record.

The volume of arrivals weeks into President Joe Biden taking office, combined with an unprepared administration, left thousands of children languishing in Border Patrol facilities often for longer than the 72-hour limit set by federal law. In some cases, children were alternating schedules to make space for one another in confined facilities and taking turns showering, often going days without one, while others hadn’t seen the sunlight in days.

The Biden administration fielded a flurry of criticism from Republicans who blamed the influx of migrants at the border on the President’s immigration policies. Against the backdrop of migrants in overcrowded conditions along the border, officials refused to call the situation a “crisis,” describing it instead as a challenge.

In an interview with NBC News this week, Biden suggested that the situation with unaccompanied children is now under control, saying, “It’s way down now. We’ve now gotten control,” and touted “significant change in the circumstances for children to and at the border.”

In recent weeks, the Department of Health and Human Services, which is responsible for the care of migrant children, has opened up a string of temporary shelters to accommodate minors. That’s allowed for an increasing number of children being transferred out of border facilities to spaces equipped to care for them at a quicker pace.

The average time that kids are in CBP custody is now 28 hours, compared to 133 hours on March 28, the official said, a nearly 80% reduction in time spent in Border Patrol detention.

“It really was such a coordinated effort where we had a team that’s really talking on a daily basis in problem-solving mode,” the White House official said. “It’s very orchestrated, well-organized to try to troubleshoot these issues.”

Typically, after being taken into Border Patrol custody, unaccompanied children have to be turned over within 72 hours to HHS, barring exceptional circumstances. But amid the coronavirus pandemic, the department had initially been operating under reduced capacity, resulting in fewer beds available for minors arriving at the US southern border.

“The administration stood up a whole government effort in the face of a pandemic and a gutted immigration system and despite those challenges, we’ve made significant progress,” the official said, underscoring ongoing efforts to also address root causes of migration.

In March, the Border Patrol apprehended 18,663 unaccompanied minors at the US-Mexico border, up from the previous month, according to the agency’s data. March’s figures also far exceeded that of previous increases of unaccompanied children at the border, both in 2014 under the Obama administration and in 2019 under former President Donald Trump.

The sudden increase in unaccompanied children entering the United States is driven by a number of factors: the devastation left behind by two major hurricanes that hit Central America last year, the toll of the coronavirus pandemic and a perceived relaxation of enforcement under the Biden administration.

While the administration works to address root causes of migration, it’s also had to contend with growing numbers of children in government custody. As of April 27, there were more than 22,276 children in HHS care, according to government data.

Biden on NBC again warned Central American parents against sending children to the US.

“Do not send your kids, period. They’re most — they’re in jeopardy going– making that thousand-mile trek,” Biden said. “And so what we’re doing now is we’re going back to those countries in question where most of it’s coming from and saying, ‘Look, you can apply from your country. You don’t have to make this trek.'”

The Biden administration is trying to fast-track the process for parents or guardians, many of whom are undocumented, to collect their children while awaiting immigration proceedings and an eventual decision on their status. More than 350 US Citizenship and Immigration Services personnel have also been trained to provide case management services, the process of gathering a child’s details and helping reunite him/her with a sponsor in the US.

But sustaining the pace of arrivals will also require more licensed facilities and cutting down the time it takes to get a child to their sponsor, like a parent or relative. The administration has made some inroads on that front: The average time that children are being reunited with a sponsor has been reduced to 29 days, down from 40 days on February 22. Children being reunited with a parent or guardian is less, taking about 22 days.