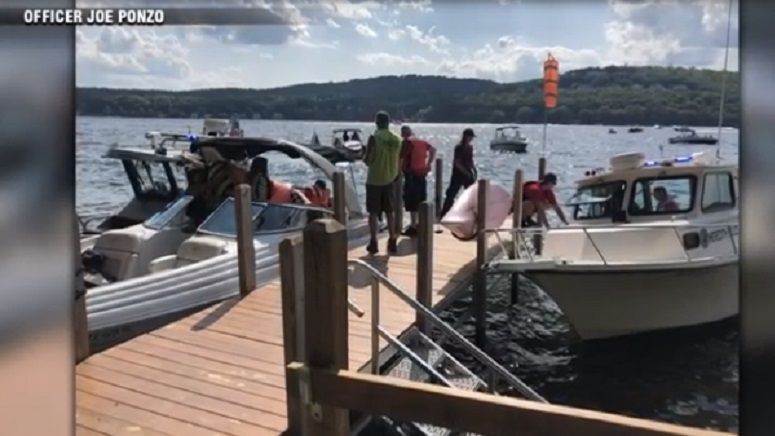 (WHDH) — An off-duty Stoneham police officer jumped into action to help a pilot whose ultralight plane crashed into Lake Winnipesaukee in New Hampshire on Sunday.

Joe Ponzo was on a boat with his family when he saw the plane nosedive into the lake.

“It just kind of dropped out of the sky and came nose-first right into the water,” he recalled.

Ponzo says he and some other boaters rushed over to the 78-year-old pilot to put a life jacket on him and pulled him onto the boat as the ultralight sank in 65 feet of water.

“He said he lost his engine and he tried to land the plane and as he was landing, he just went nose first, caught the wave with the wing and it completely flipped his plane into a 360,” he said. “I was there within maybe 30 seconds; the plane was gone.”

Ponzo’s wife and another woman, who is a nurse, helped take care of the pilot until they got him to shore and paramedics could treat him.

Ponzo says he and the pilot were in shock over the crash.

“I’ve been on the job 23 years and this is one of the most bizarre events I’ve ever seen,” he said. “If you’ve ever witnessed a plane crash, I’m still shaking, to be honest with you. It was bizarre and the fact that he didn’t die is amazing to me.”

The pilot was taken to the hospital with minor injuries and is expected to be OK.