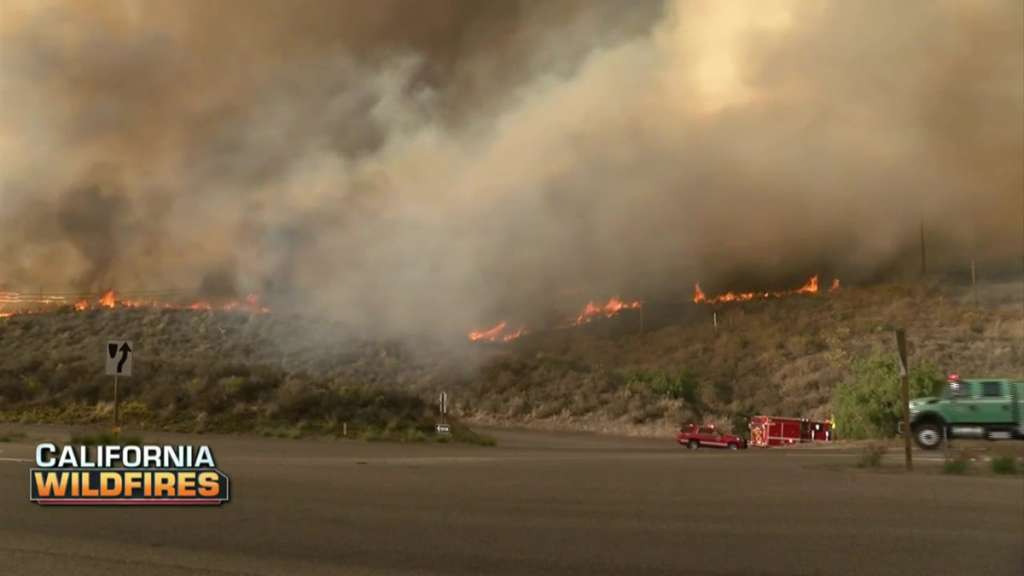 (CNN) — Mandatory evacuations are in place after a wildfire expanded steadily in Southern California’s Angeles National Forest on Sunday.

The Sheep Fire grew from 35 acres Sunday morning to 775 acres that afternoon, according to InciWeb. As of Monday, the fire has scorched 990 acres with around 27% containment, InciWeb reports. A total of 300 people have been evacuated near the fire area since Sunday and no structures have been burned.

“More than 300 firefighters on the ground were successful in increasing containment,” according to the latest InciWeb update Monday evening. “Crews will continue to work through the night to increase containment and work hot spots.”

The community of Phelan on Desert Front Road and Wildhorse Canyon are under mandatory evacuation orders and the community of Wrightwood remains under an evacuation warning, according to the San Bernardino County Sheriff’s Office.

CNN has reached out to authorities for details on how many residents are under the evacuation orders.

The fire began on Saturday evening. The cause remains under investigation.

Located around 23 miles outside the Los Angeles area, the forest is “within one of the driest, most fire-prone areas in the United States,” according to the Angeles National Forest site.

Southern California fire officials have already warned of a challenging fire season ahead.

Robert Garcia, the US Forest Service’s fire chief for the Angeles National Forest, told CNN last week that the summer months are off to a “concerning start.” Firefighting resources have been mobilizing since March to Arizona and New Mexico, where the Black Fire just became the state’s second-largest blaze in history.

“Southern California typically has a fire season of historically late June and then into the fall,” Chief Garcia said. “But we’re seeing activity now year round.”

Angeles National Forest is already under fire restrictions expected to expand around the forest in coming months, he said.