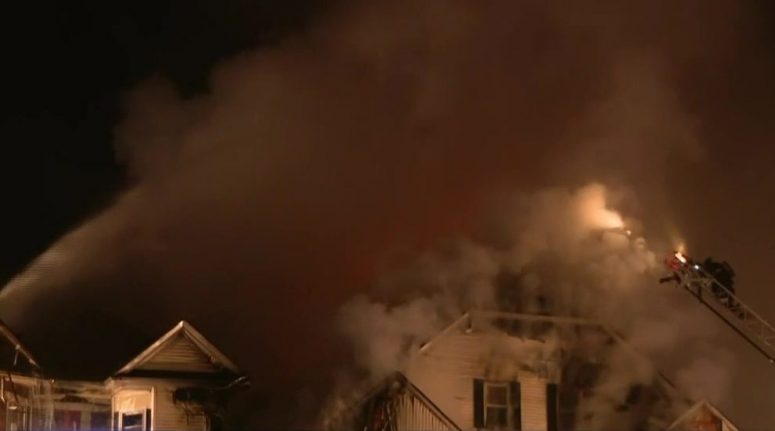 Crews responding to a reported structure fire on Acushent Avenue around 12:45 a.m. on Monday found heavy smoke and flames coming from one of the buildings.

Tomas Gomez-Delacruz, 49, and Juan Macario-Mejia, 40, both perished in the blaze, according to Bristol District Attorney Thomas Quinn III.

The two victims were found in 1279 Acushnet Ave., a four-story building that had no sprinklers and no central alarm system, according to Kruger.

Forty people were displaced from the two buildings, as well as the commercial tenants on the first floors of both buildings.