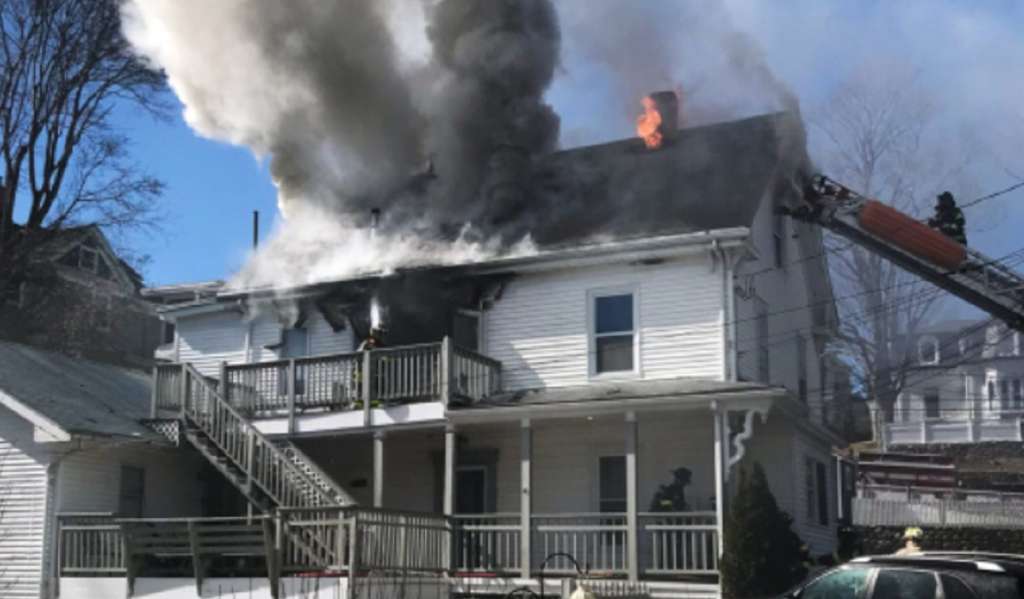 A blaze at a Stoneham home that injured two firefighters and caused more than $700,000 in damages was started after bottles on a porch magnified the sun’s rays into flames, officials said Tuesday.

Firefighters responding to reports of a blaze at a Hersam Street home on March 6, 2021 found a fire on a deck of the four-family building had spread into the ceiling. The fire ultimately caused more than $700,000 in damage and led to the injury of two firefighters before it was extinguished.

Firefighters initially found cigarette butts and trash on the deck but determined no one had been smoking recently, and also ruled out electricity as a cause. They ultimately determined that numerous bottles on the deck were in direct sunlight for five hours before the fire, which was enough time for the sun’s rays to be magnified through their concave glass onto the combustible trash.

The Fire Marshal’s Office said fewer than 10 of the 16,000 structure fires Massachusetts sees in an average year are caused by sunlight.

“It’s uncommon but definitely not unheard of,” State Fire Marshal Peter Ostroskey said. “We’ve seen several fires involving windows, mirrors, and other glass surfaces. This was the first one we can remember involving glass bottles, but there’s no question these surfaces can concentrate sunlight into a competent heat source under the right circumstances.”