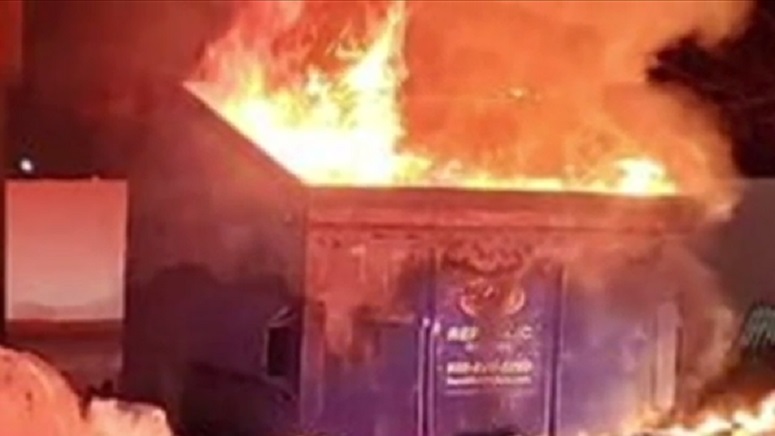 SHARON, MASS. (WHDH) - Police say a suspicious fire outside a Jewish temple in Sharon Sunday may have been caused by improper disposal of material by a contractor.

Emergency crews responding to a reported fire at the Chabad Center of Sharon on North Main Street just before 12:45 a.m. found flames coming from a waste bin. No one was hurt in the blaze.

Officials said they were investigating the fire as suspicious, but said it may have been caused by improper disposal of materials. Anyone with information is asked to call police at 781-784-1587.