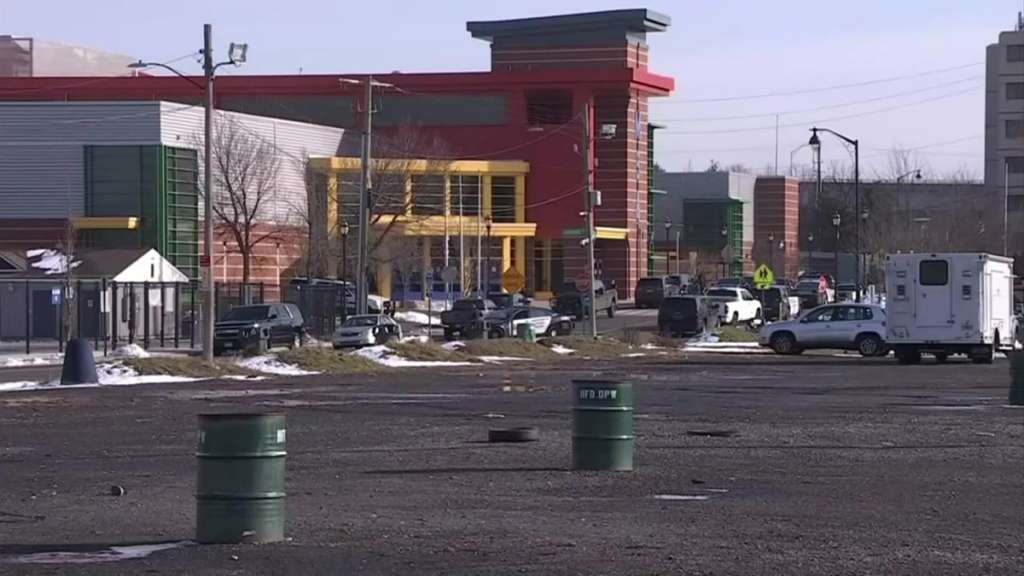 HARTFORD, Conn. (AP) — Connecticut officials pledged to take action Tuesday in response to the overdose death of a seventh grader at a Hartford school, and urged parents to talk to their children about the dangers of illegal drugs.

Democratic state Rep. Liz Linehan, of Cheshire, said bills will likely be proposed in the upcoming 2022 legislative session that would require naloxone, an overdose reversal drug, in schools and expand training for educators on what to do if they believe a child is using opioids.

“I think that this has proven that it is necessary to bring that (nalaxone) directly into the schools,” Linehan said of the Hartford student’s overdose, during a news conference outside the state Capitol with Democratic Gov. Ned Lamont and other state officials.

On Thursday, a 13-year-old student overdosed at the Sport and Medical Sciences Academy in Hartford and died at a hospital Saturday. The teenager’s name was not released. Two other students recovered after apparently being exposed to the powerful opioid fentanyl and becoming ill, officials said.

The school did not have naloxone, known by the brand name Narcan, but emergency responders who arrived at the school within minutes did have Narcan, Mayor Luke Bronin said. But he said it wasn’t clear at the time what was wrong with the students and opioid overdoses among children are not common. A school nurse had immediately begun CPR on the student who later died.

Hartford police said they found about 40 small bags containing fentanyl in the school while searching the building after the student overdosed. Police are still investigating the overdose, and it remains unclear where the fentanyl found in the school came from.

The school remained closed Tuesday while authorities continued to test the building for fentanyl and decontaminate it, school district officials said.

Nearly 1,375 people in Connecticut died from accidental drug overdoses in 2020, with about 85% of the deaths linked to fentanyl, according to state data. Of the more than 7,500 fatal overdoses since 2015, about 470 were people ages 15 to 24 and one was age 14 or under, the data show. The state does not keep statistics on overdoses in schools.

Bronin said Tuesday that city and school officials were working on a new plan to prevent and respond to drug use and overdoses in Hartford’s schools and will release it soon. He said naloxone is not the only answer to the problem.

“I’m not sure we’re doing ourselves as a society a good service by focusing so much on Narcan alone,” he said, “and missing the opportunity to really focus on the prevention efforts, the awareness efforts, medication-assisted treatment that is increasingly effective and which we as a country are probably not doing nearly enough to fund and promote.”

Narcan is widely available throughout the state and is carried by police, firefighters, paramedics and in many schools, officials said. The state does not mandate naloxone in schools. In a 2019 state survey of school nurses, about half of those who responded said they had naloxone in their buildings.

Lamont said at the news conference that he would consider mandating the overdose reversal drug in schools, if health officials say it is needed. Parents should talk with their children about the dangers of fentanyl, drug use prevention efforts should be expanded and people who distribute the drug should be prosecuted, he said.