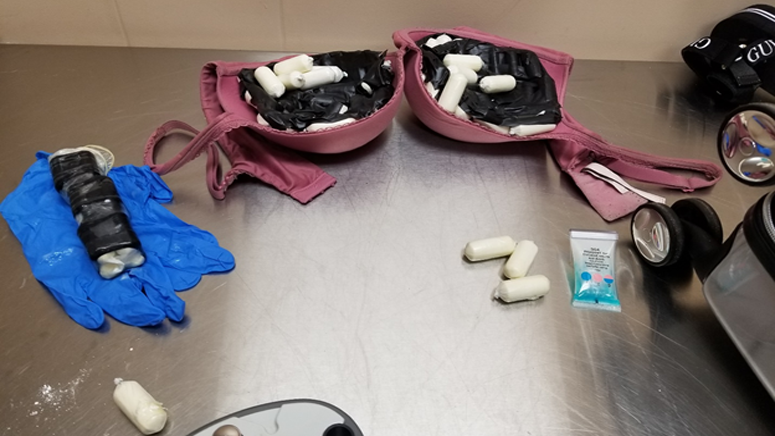 (WHDH) — Customs agents at one of the busiest airports in America recently busted a woman with three pounds of cocaine hidden “on and in” her body, officials said.

Agents conducting a screening at John F. Kennedy International Airport earlier this week noticed that an arriving passenger from the Dominican Republic was “full of pellets,” which prompted an examination in a private search room, the United States Customs and Border Protection said in a news release.

During the search, agents found 100 pellets of cocaine valued at $94,000 concealed inside Yerlina Lantigua Hernandez DeNova’s purse, bra, and body, according to officials.

DeNova was arrested and turned over to Homeland Security Investigations.