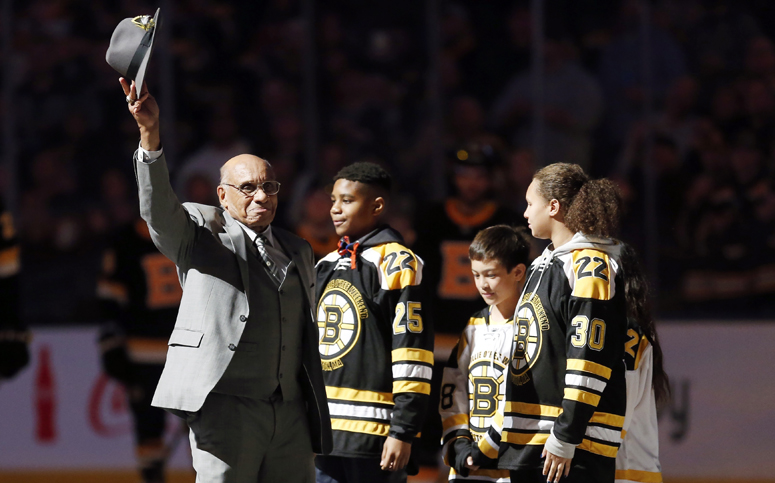 Hockey Hall of Famer Willie O'Ree, right, waves to the crowd before dropping the ceremonial puck before an NHL hockey game between the Boston Bruins and the Edmonton Oilers in Boston, Saturday, Jan. 4, 2020. (AP Photo/Michael Dwyer)
Associated Press

Trudeau added himself to a long list of people inspired by the life and career of O’Ree, who in January 1958 became the first Black man to play in the NHL.

Trudeau and O’Ree participated Monday in a virtual assembly with Canadian students, marking both the first day of Black History Month and the Canadian release of a new documentary about O’Ree.

Trudeau says he keeps the stick O’Ree gave him during a visit to Parliament Hill in 2018 next to his desk — both as testament to O’Ree’s perseverance and a daily reminder that neither Canada, nor the game it loves, is inclusive enough.

The 85-year-old O’Ree played professional hockey for more than two decades, including 45 games for the Boston Bruins in 1958 and 1961.

O’Ree, who has been the NHL’s director of youth development and diversity ambassador since 1998, says any young person with a big dream needs to remember the only path to success is through hard work.