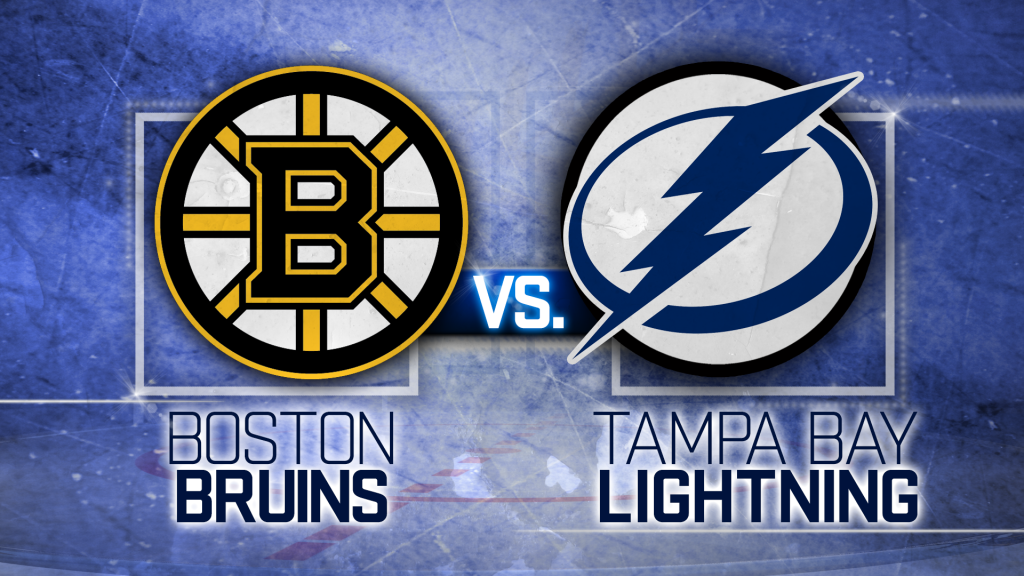 Anton Blidh had the other Boston goal, and Taylor Hall picked up two assists. The Bruins have won four of five in January.

“There was a lot to like,” Bruins coach Bruce Cassidy said. “I think our puck battles … I think a lot of our goals were generated winning pucks in the wall. We played a hard to play against type of style tonight.”

Ondrej Palat and Brayden Point scored, and Andrei Vasilevskiy stopped 25 shots for the Lightning. They are 8-1-1 in their last 10 homes games.

“They were better than us tonight,” Tampa Bay coach Jon Cooper said. “We were off a bit and they capitalized.”

Pastrnak scored twice in the opening 6:10, giving him three goals in the last three games following a nine-game drought. His first goal from the blue line went off Tampa Bay defenseman Andrej Sustr at 1:11 before the right wing made it 2-0 with a low slot rebound after he kicked a loose puck to his stick.

“He’s such a dominant player and he knows the impact that he has on our group,” Marchand said. “He wants to be a difference maker every night. He’s such a special talent. He steps up in big situations all the time.”

Vasilevskiy made a pad save on Pastrnak’s slot shot midway through the second. Pastrnak finished with seven shots on goal.

Ullmark had four saves, including on good chances by Nikita Kucherov and Point, during an early first period Tampa Bay power play. The Lightning could muster just one shot during a 47-second, 5-on-3 power play midway through the second.

“It’s always fun to play the best teams in the league because you really have to be sharp and be on point with everything you’re doing,” Ullmark said. “It’s a test of your game and mental fortitude. We play to be the best. You want to be that you’ve got to beat the best.”

After Marchand had a nifty re-direction 26 seconds into the second, Blidh made it 4-0 with 5:06 left in the period. Marchand added a late third-period empty-net goal.

Palat got his fourth goal in his last three games 24 seconds into the third.

Point cut the Lightning deficit to 4-2 at 11:20 of the third. He has six goals and 10 points in seven games since returning from an upper-body injury that sidelined him 14 games.

Cassidy said it hasn’t been ruled out that goalie Tuukka Rask could rejoin the team without playing games in the minor leagues.

Rask hasn’t played in the NHL since undergoing offseason labrum surgery on his hip.

It was Pastrnak’s first multi-goal game of the season and 36th overall. … Hall has a five-game points streak (four assists, six points). … Kucherov, who had two assists in his first game Thursday against Calgary after missing 32 games with a lower-body injury, had five shots on goal but finished minus-3. … Point was also minus-3.