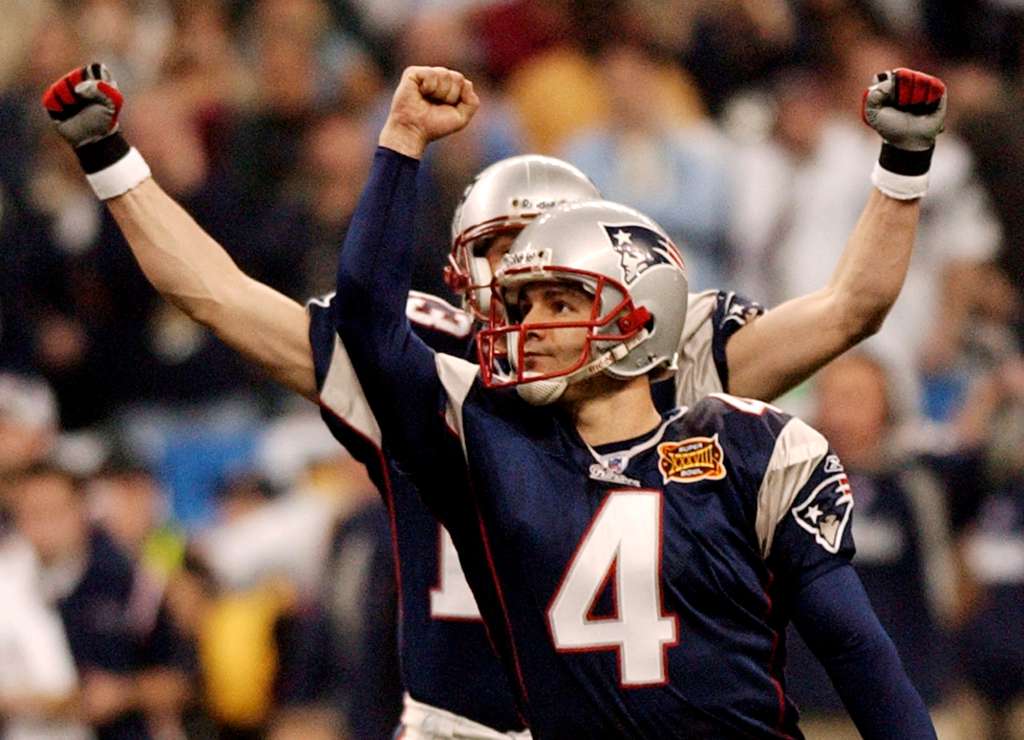 Vinatieri, 48, kicked for both the Patriots and Indianapolis Colts, earning four Super Bowl rings during his illustrious career.

Vinatieri is considered one of the greatest kickers in league history and is the NFL’s all-time leading scorer with 2,673 points.

Vinatieri is known for kickstarting the Patriots championship dynasty in 2001 when he nailed a field goal in a blizzard to push New England past the Oakland Raiders in the final seconds of a divisional playoff game.

A few weeks later, Vinatieri helped the Patriots knock off the St. Louis Rams to secure their first Super Bowl win in franchise history when he booted a 48-yard field goal as time expired.

In 2004, Vinatieri also kicked a field goal during the final seconds of New England’s 32-29 Super Bowl victory over the Carolina Panthers.