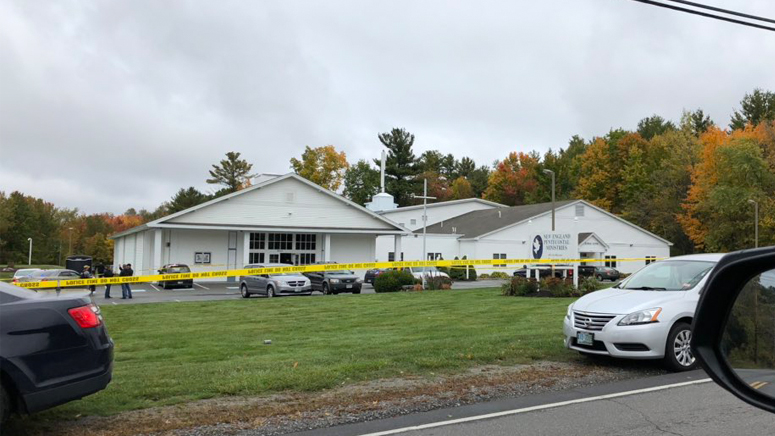 PELHAM, N.H. (WHDH) - The New England Pentecostal Church has canceled services for one week following Saturday’s double shooting during a wedding at the place of worship.

New England Pentecostal Ministries put out a statement on their Facebook page Sunday saying that services will be canceled for the week of Oct 12. through Oct. 20.

“We would like all of you to know that the Bishop and another person were indeed shot, but neither of them were fatal,” the Facebook post read. “We solicit your prayers at this time for the family. The family would plead with everyone to refrain from any acts of violence. That is not what the Bishop would want. And remember, God is still in control.”

They also say that Pastor Najum of CCF has opened his church up to any members of NEP that would like to attend services during that time.

Dale Holloway, 37, is facing several charges of assault with a deadly weapon after allegedly shooting Bishop Stanley Choate, 75, in the upper chest about 10 a.m. during a wedding.

The bride, Claire McMullen, was shot in the arm and the groom, Mark Castiglione, 60, was struck in the head with an object, police said.

Choate was taken to the hospital in serious condition. McMullen is in good condition and Castiglione was treated and released, officials said.

The church says to check their Facebook page for further details and updates.

New England Pentecostal Ministries in Pelham, NH will not have services today or the rest of the week, after a gunman opened fire yesterday. A bride and bishop, both shot, are recovering. We’re live with the latest on #7News pic.twitter.com/5W5fgliXyI