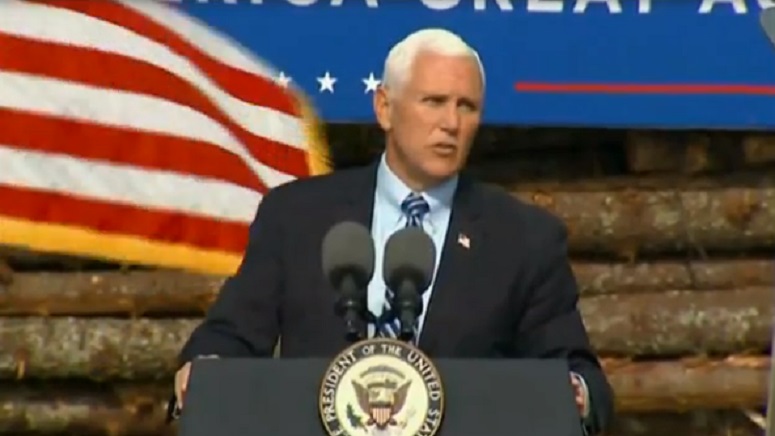 MANCHESTER, N.H. (AP) — Back in another key early presidential voting state, former Vice President Mike Pence is set to speak Thursday evening in New Hampshire, weeks after using his first public address since the end of the Trump administration to say he will be “pushing back on the liberal agenda” that he says is wrong for the nation.

His choice of states, including that April appearance in South Carolina, is aimed at increasing his visibility as he considers whether to run for the White House in 2024.

Trump is increasingly acting and talking like he plans to make a run as he sets out on a more public phase of his post-presidency, beginning with a speech on Saturday in North Carolina.

Since leaving office in January, Pence has been doing work with the Heritage Foundation and Young America’s Foundation. His team said he plans more trips, including stops in Texas, California and Michigan.

His New Hampshire speech will be at the Hillsborough County Republican Committee’s annual Lincoln-Reagan Awards Dinner in Manchester.

Among other prominent Republicans, former U.N. Ambassador Nikki Haley said in April that she would stand down if Trump decided to run in 2024. Former Secretary of State Mike Pompeo has undertaken an aggressive schedule, visiting states that will play a pivotal role in the 2024 primaries and signing a contract with Fox News Channel.