Phelps to work as NBC commentator, correspondent at Olympics 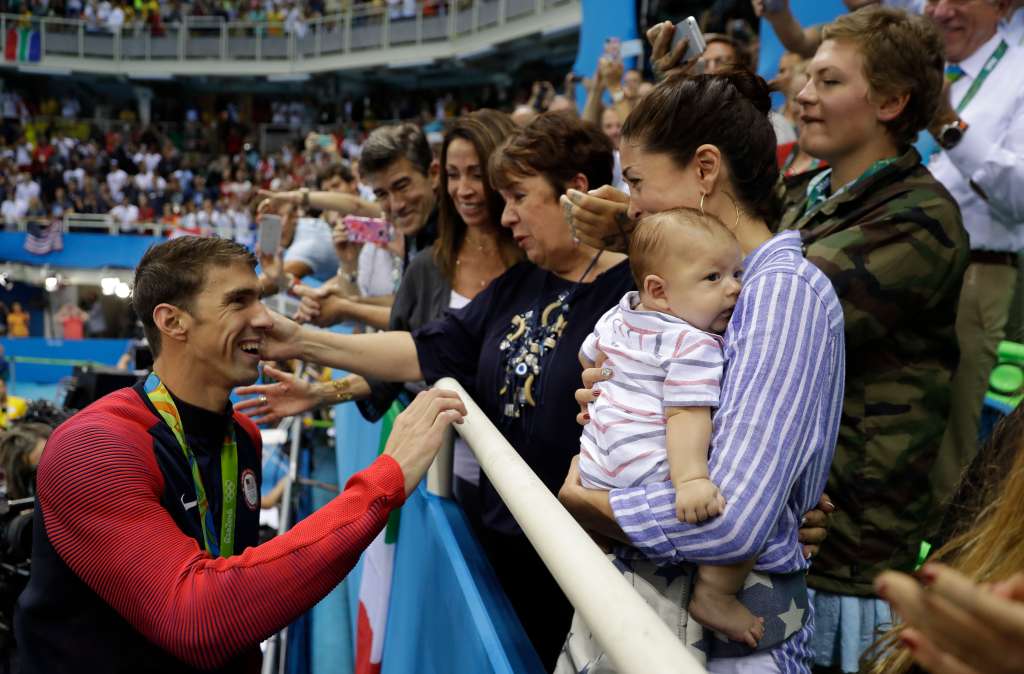 FILE - In this Tuesday, Aug. 9, 2016, file photo, United States' Michael Phelps celebrates winning his gold medal in the men's 200-meter butterfly with his mother Debbie, fiance Nicole Johnson and baby Boomer during the swimming competitions at the 2016 Summer Olympics in Rio de Janeiro, Brazil. Private, touching moment between loved ones won't be happening at the pandemic-delayed Tokyo Olympics. No spectators — local or foreign — will be allowed at the majority of venues, where athletes will hang medals around their own necks to protect against spreading the coronavirus. No handshakes or hugs on the podium, either. (AP Photo/Matt Slocum, File)

STAMFORD, Conn. (AP) — Michael Phelps will be part of NBC’s Olympics coverage as a correspondent and swimming commentator, the network announced Monday.

Phelps — who has won the most medals (28) and gold medals (23) in Olympic history — will call selected swimming events with Dan Hicks and Rowdy Gaines and contribute features as a correspondent during primetime coverage. Phelps, who swam in five Games from 2000-16, did some work for NBC during its coverage of last month’s U.S. swimming trials.

“I know he’s going to offer some incredible insight on especially those races that he has won so many gold medals in,” Gaines said during a teleconference.

A three-part retrospective on Phelps’ career is streaming on NBC’s Peacock platform.