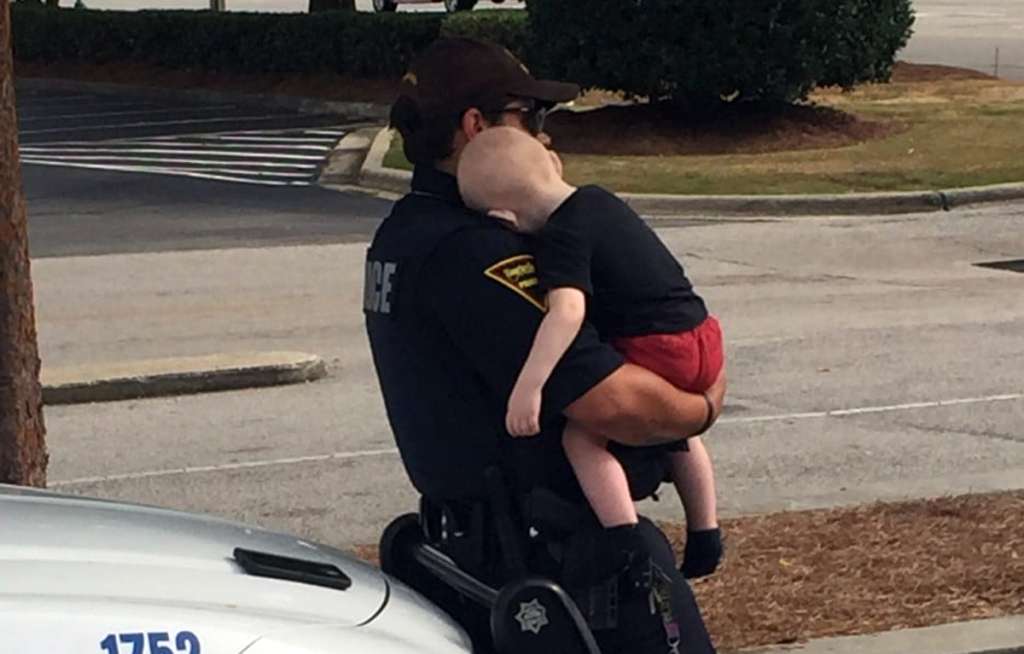 (WHDH) — A now-viral photo captured an emotionally powerful moment that showed a police officer consoling a 1-year-old boy after he was rescued from a car that he was in with his overdosed parents.

Police in Fayetteville, North Carolina, arrested the boy’s parents, Joshua Wright, 28, and Alicia Kowszik, 26, after someone noticed them slumped over in a car parked at the Westwood Shopping Center on Friday morning, WRAL-TV reported.

Officer Michael Sheeley scooped up the child and held him in his arms until the toddler’s grandparent arrived at the scene.

The child’s parents had been using heroin and security video indicated that their car had been parked in the lot for more than eight hours, the news outlet reported.

They are now facing charges including possession of heroin and contributing to the delinquency of a minor.