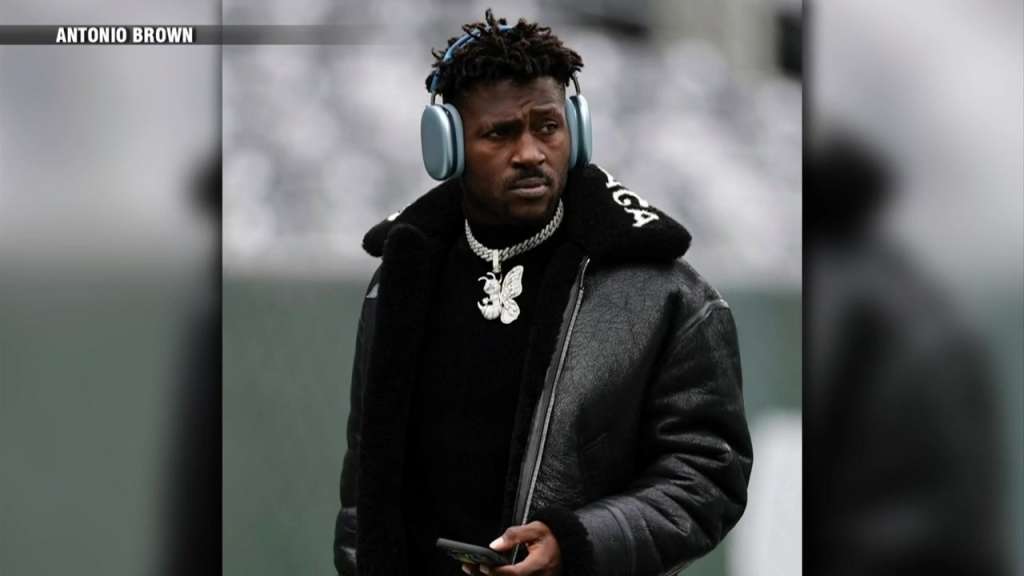 They did it willingly. Many other guys play hurt regularly in the NFL.

But when Antonio Brown accused the Tampa Bay Buccaneers of trying to force him to play with an ankle injury, it raised an old question about players being pressured into getting on the field.

“You can’t force a player to play. I mean, they have that choice. It’s their body. He decided to play,” Bucs coach Bruce Arians said of Brown, who was officially released by the team Thursday.

Players respond in different ways to injuries. Some have to be forced by the team’s medical staff to sit out. Some have no choice when the injury is serious. Some don’t report their injuries right away.

“I think it comes up a lot. Dealing with this job, we have a lot of stress and a lot of pressure to be able to suit up on Sunday,” Metcalf said. “We have to deal with not only stress and anxiety and depression with all of that, but we always have to deal with nagging injuries throughout the whole year, plus they added an extra game, so that’s just one more game where you’re taking hits on your body. It’s a lot to deal with, with everything that you have to account for during the season.

“We’re built to where we can play through stuff. You get hit, you get back up and play the next play. I think we’re just a product of our environment that we play through stuff. If you can still walk and run, you can play. That’s the way I was brought up, and I think that’s the mindset of every football player out there.”

Coaches usually defer to the medical staff regarding injuries. Players are told to report everything to trainers.

Arians said Brown, who missed several games with an ankle injury, was upset about not getting enough passes thrown his way and refused to enter the game before he was told to leave the sideline. Brown, in a statement released through his attorney on Wednesday, said Arians fired him on the sideline when he told the coach his injury was too painful to continue playing, a claim Arians disputed.

“At no point in time during that game did he ever ask the trainer or a doctor about his ankle,” Arians said. “That’s the normal protocol — you go through protocols during games. I was never notified of it.”

“Know your rights,” Tretter said. “We can help in a lot of ways as a union, but also what we’ve been preaching for a while now, is guys taking control of their health and well-being. I think doing what’s best for your health and well-being is always a priority, making sure that you stay safe and don’t put yourself at further risk.”

Players may feel pressured to play for several reasons. Some, like Brown, have incentive clauses tied to performance. Pride, desire to win and competitive personalities are all factors.

“Just with the Antonio Brown situation, I haven’t really looked at it like that. But you know, as a man, you want to go out there and play hard,” Ravens linebacker Tyus Bowser said. “You want to be out there regardless of whatever nicks and bruises you have and some things you want to fight through. You’re a human at the end of the day. If something is bothering you, you just have to think for yourself and understand that you have to put yourself first, because that’s your body, that’s your temple, that’s what is getting you paid. If you’re not out there to give your 100 percent, man, to me, personally, I think that’s just selfish, because you’re not putting your best effort out there, and that’s not helping the team win. So, just with that situation, whatever it is, whatever the case may be, that’s his decision, and he just has to live with it.”

“That’s the NFL, period, just I think a lot of people personally, you want to play, too,” Amos said. “A lot of times the team doesn’t have to put that pressure on you. You put that pressure on yourself. But then sometimes I guess, everybody has a different situation. Everybody is their own person. His (Brown’s) situation could’ve been different from my situation or things like that. I don’t know exactly what’s going over there, but do I believe that people put pressure on players to play? Yeah. That’s within the business like this, it’s always going to be certain pressures.”

Saquon Barkley and Logan Ryan had plenty of praise for the New York Giants’ medical staff.

“I’ve had to spend a lot of quality time with a lot of those guys in that training room,” said Barkley, who has dealt with several injuries the past two seasons. “They’re unbelievable people and helped me as much as they can to get me back on the football field.”