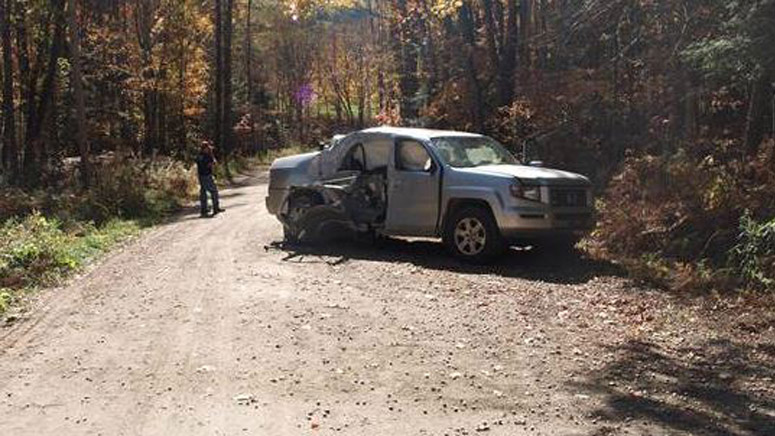 BATH, N.H. (WHDH) - One person died and two were injured after a pickup truck crashed into a tree in Bath, New Hampshire Sunday, officials said.

Troopers responding to reports of a crash on River Road at 11:50 a.m. found a 2008 Honda Ridgeline containing two males and one female, all under 17, had been traveling southbound before veering off the road and striking a tree, officials said.

The female juvenile, who was believed to in the back seat, was pronounced dead at the scene. The two male juveniles were taken to local hospitals with serious injuries.

The cause of the crash is still under investigation. Anyone with information is asked to contact Trooper Daniel Quartulli at 603-223-8993 or daniel.quartulli@dos.nh.gov .