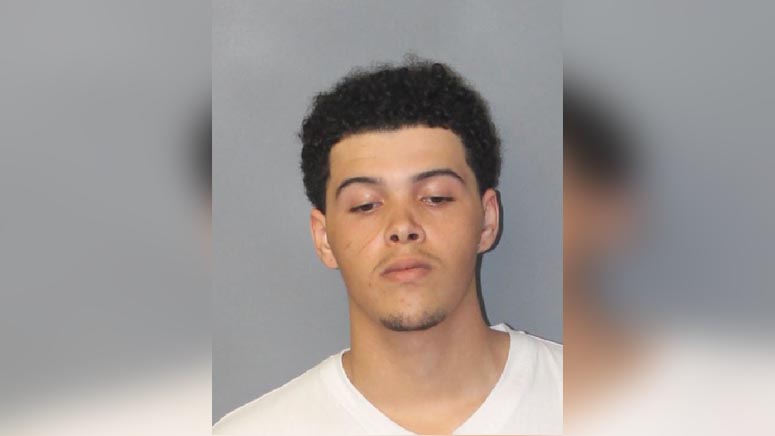 BROCKTON, MASS. (WHDH) - A 20-year-old man, a 17-year-old boy and a 13-year-old girl are in custody after police said they led officers on a chase through Brockton in a stolen car Wednesday afternoon.

Officers patrolling near the intersection of Perkins and Middle streets just before 3 p.m. spotted a 2005 Nissan UT Xterra that had been reported stolen from South Fuller Street around 12:30 p.m., according to a department spokesperson.

The driver, later identified as Deven Wilson, allegedly refused to stop for police, crashed into the front driver’s side of a cruiser and then sped off leaving officers in pursuit.

The SUV then crashed through a fence behind a store on Centre Street before colliding with a tree and a police car. Officers said Wilson then got out of the vehicle and tried to flee the area on foot. Officers caught up with his as he made his way down Draper Street.

He is now facing a number of charges including, receiving stolen property, assault and battery with a dangerous weapon, reckless operation of a motor vehicle, and driving without a license.

The identities of the 17-year-old Brockton boy and the 13-year-old Weymouth girl were withheld due to their ages.

Both are facing larceny charges and the Brockton boy is facing an additional driving without a license charge as police believe he is the one who drove the car from S. Fuller Street hours before