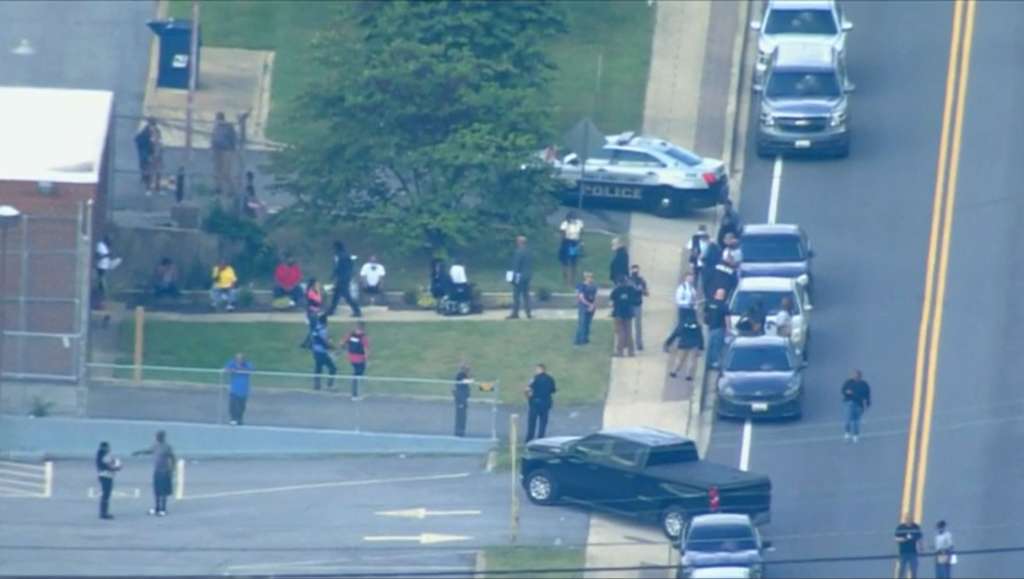 CAPITOL HEIGHTS, Md. (AP) — Two people were fatally shot Friday at a Maryland senior living facility just outside of Washington, D.C., and one suspect is in custody, police said.

Police initially said they were searching for any additional victims or suspects and people should shelter in place, but they later tweeted that one male suspect was in custody and there was no ongoing threat to the community. Before the arrest, a nearby school was temporarily placed on lockdown as a precaution.

Police asked concerned relatives of residents to gather at a nearby firehouse.

The Gateway Village website describes the apartment complex about a half-mile (.8 km) east of the District of Columbia as an “affordable rental community for seniors age 62+” with studio and one-bedroom units.”

The shooter prepared to surrender even before police arrived, a fellow resident identified only as Donald told WUSA TV. He said the shooter is his friend.

“I know what set him off — the way they treat the seniors in Gateway Village!” Donald said.

Messages left by phone and email with the senior facility and its staff weren’t immediately returned.

“I saw him after the shooting. He had come up to his place. When I stuck my head out after the fire alarm, he was laying prostrate on the floor, arms spread out and the weapon put six feet in front of him,” Donald said.