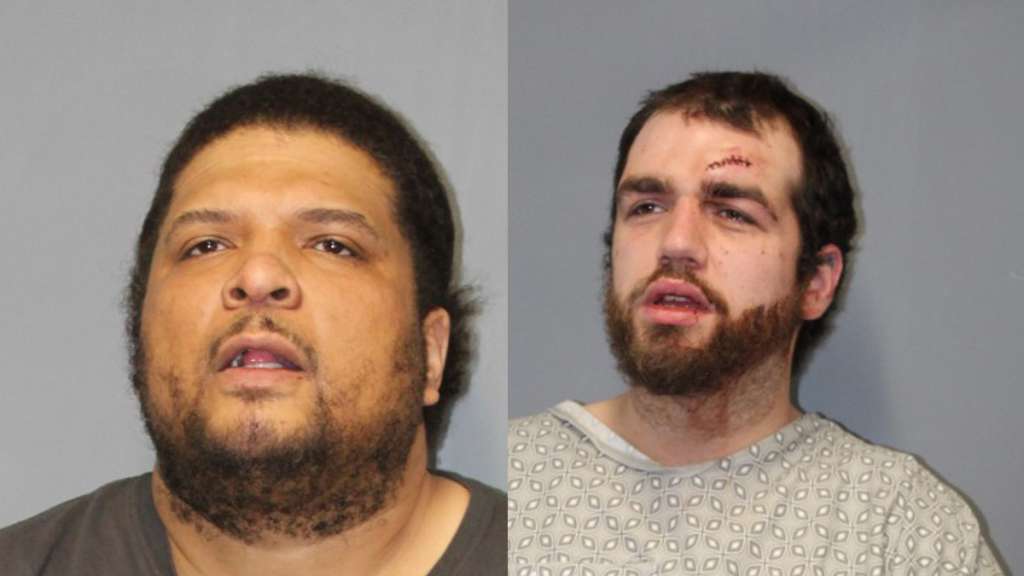 MARSHFIELD, MASS. (WHDH) - Three people were taken into custody after an altercation turned violent in Marshfield on Friday.

Officers responding to a 911 call from a home on Main Street around 5:30 a.m. on Friday could hear screaming and crying the distance but no one was responding to the dispatcher, according to Marshfield police.

When officers arrived at the scene, they were told everything was fine and the residents were just looking for a lost dog. However, investigators saw that one of the residents was suffering from a head injury and they decided to do a wellbeing check of the property.

During the check, the missing dog was found in a bedroom. In the bathroom, another resident was found unconscious and bleeding heavily from a head wound. There was no word on that person’s condition.

Okeio Edwards, 38, was found hiding in a bedroom closet and was taken into custody. It was later determined that he is a Level 3 sex offender who was living at the home without having reported to Marshfield police.

While still at the Main Street house, 19-year-old Anna Halachis allegedly became argumentative with the officers and spit in one of their faces before grabbing a 20-pound propane tank and swinging it at them.

Over the course of their investigation, officers learned that 27-year-old Devin Chavis had taken a wooden baseball bat to another resident’s car and then assaulted that person when they tried to stop him.

As Edwards called 911, Chavis struck him with the bat several times before Edwards was able to snatch it away and hit him back in self-defense, police said.

As he was being arrested, police say Chavis warned the others not to tell officers what had happened. He also allegedly threatened officers while in custody.

He was ordered to be held without bail following his arraignment in Plymouth Country District Court.