Police: 3 teens facing charges after breaking into yacht at Rowes Wharf in Boston 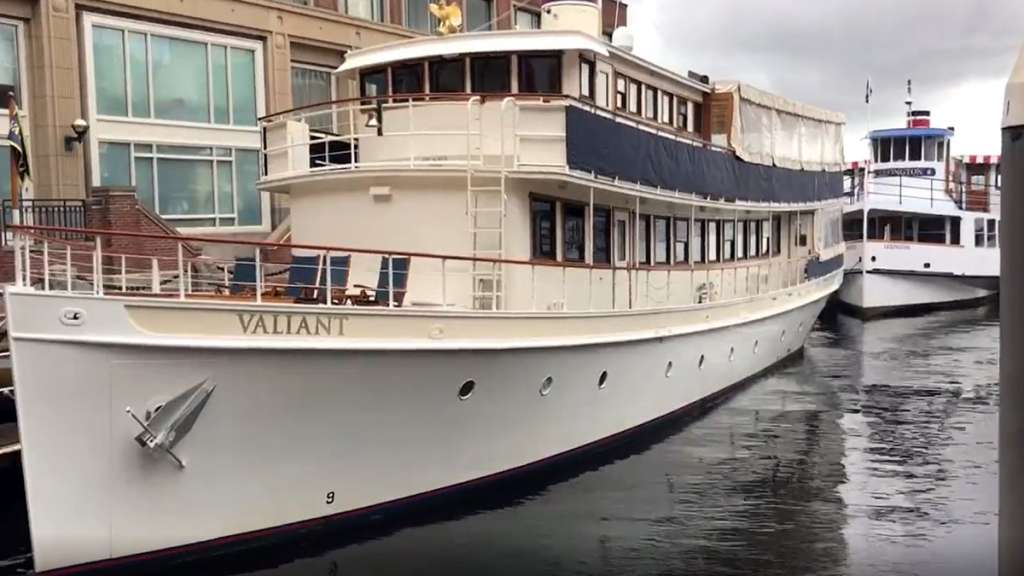 BOSTON (WHDH) - Three teens, including one who had to be rescued from Boston Harbor, are facing criminal charges after police say they broke into a yacht that was docked at Rowes Wharf early Monday morning.

Officers responding to a report of a breaking and entering in progress in the area of 50 Rowes Wharf just before 3 a.m. spotted two suspects on the bow of a 97-foot-long yacht and a third suspect struggling to swim in the water, according to the Boston Police Department.

Police say multiple officers used a pole to lift 19-year-old Ryan Convery, of Bridgewater, out of the water.

“The suspect was coughing while attempting to stay above the water and stated to officers that he was cold and could not swim,” police said in a news release. “The officers directed the suspect to grab hold of a nearby rope which they then used to pull him back towards the dock.”

Convery was treated at a local hospital and transported to Boston police headquarters for booking.

Zachary Whiting, 19, and Lawrence Kirlis, 18, both of Bridgewater, were arrested at the scene.

Police noted that a large bottle of vodka was found in Whiting’s sweatshirt.

All three suspects have since been arraigned in Boston Municipal Court on charges including breaking and entering in the night. Whiting faces an additional charge of possession of alcohol by a minor. A not guilty plea was entered in their behalf.

A judge also ordered that each suspect stay away from Rowes Wharf.

They will called back to court at a later date.