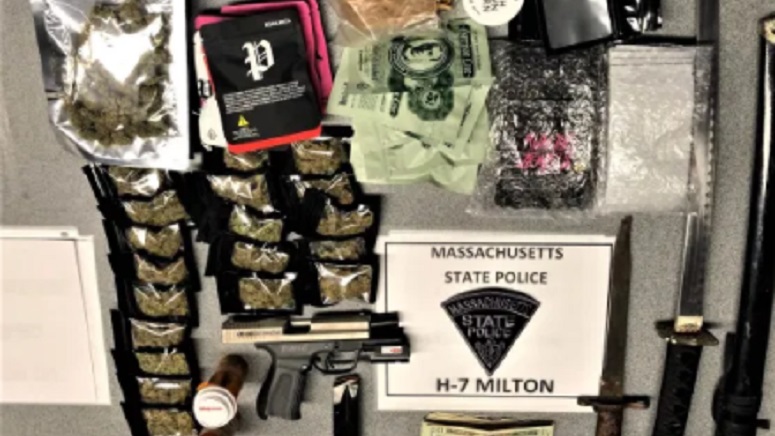 MILTON, MASS. (WHDH) - A Boston man is facing various charges after police found a loaded gun, a sword and a bayonet in his car after a traffic stop in Milton Monday, state police said.

Troopers patrolling Route 138 pulled a car over for not having a front license plate and inspection sticker at 3 a.m., police said. After pulling the car over, troopers allegedly saw open containers of alcohol and packages of pills and marijuana, and after searching the car allegedly found a loaded 9mm pistol, a sword and a bayonet.