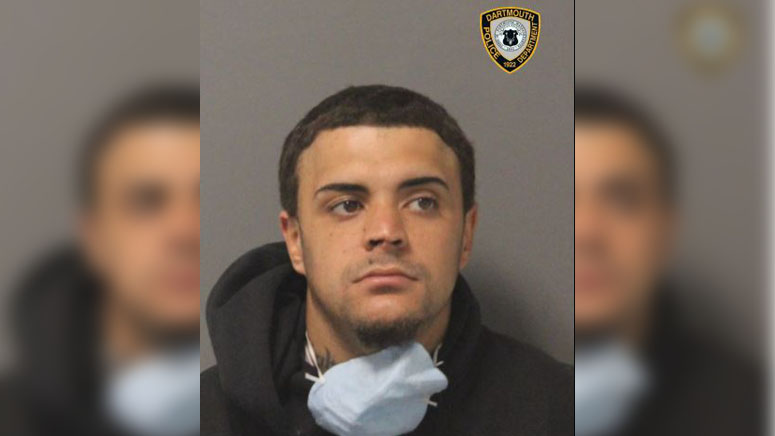 DARTMOUTH, MASS. (WHDH) - A Wareham man is facing a breaking and entering charge after police say he broke into two homes in Dartmouth on Friday.

Officers responding to a call for someone breaking into a home on Barbara Court just after 5:30 a.m. found a window leading into a garage broken and the bulkhead leading into the basement open, Dartmouth police said.

The homeowner told police that they saw an unidentified male ringing the doorbell and were awakened by a noise in the basement, according to police.

Officers determined that both vehicles in the garage were broken into and it had been ransacked, police said.

A perimeter was set up when police say an officer noticed the garage next door was slightly open.

The suspect, Preston Pedrosa, 27, was seen inside of the garage and was told to lie down on the ground, according to police. Officers later located missing items from the original home in Pedrosa’s possession.